Woman and her baby die in house fire

A young woman and her infant child were killed when a fire ripped through their family’s Mt. Vernon home on Sunday, officials said.The fire started on the second floor and quickly spread to other parts of the home on South 13th Avenue around 3:30 a.m.Nine... 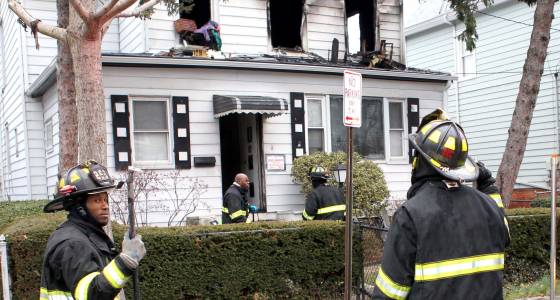 A young woman and her infant child were killed when a fire ripped through their family’s Mt. Vernon home on Sunday, officials said.

The fire started on the second floor and quickly spread to other parts of the home on South 13th Avenue around 3:30 a.m.

Nine of the home’s 11 residents managed to escape the blaze and told firefighters the woman and child were still inside.

It took firefighters over an hour to beat back the flames enough to reach the second floor, where they found the woman and child’s burned bodies, officials said.

The cause of the fire is still under investigation.