A key witness in the murder trial against a former Algonquin man accused of killing a Bartlett man in 2014 over drugs testified Thursday that Gary Bennett shot a man in the back of the head in August 2014, dumped the body and destroyed evidence.Joan Sabastian... 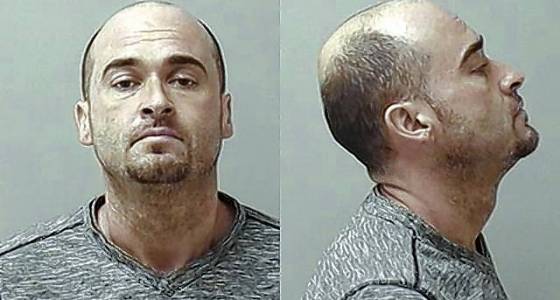 A key witness in the murder trial against a former Algonquin man accused of killing a Bartlett man in 2014 over drugs testified Thursday that Gary Bennett shot a man in the back of the head in August 2014, dumped the body and destroyed evidence.

Joan Sabastian Vado-Bonilla was charged with felony concealment of a homicide in the death of Keith K. Crawford, a 36-year-old father of five, but agreed to testify against Bennett.

Vado-Bonilla, 29, recalled the night of Aug. 10, 2014. The previous day, Bennett, 36, wanted to buy cocaine from Crawford, but he refused because Bennett owed him money, Vado-Bonilla said.

Vado-Bonilla, who lived with Bennett, had come back from a large party in West Dundee where Crawford was selling cocaine and crack. Bennett asked Vado-Bonilla to drive him to the party to pick up Crawford so all three could go to Bennett's cousin's farm near St. Charles and get money to pay Crawford.

"I just hear a gunshot in my car. I saw Crawford laying by me. He was dead," Vado-Bonilla testified. "(Bennett) put the gun on me, told me to drive safe, and took my phone."

Bennett also tried to clean up the front seat of Vado-Bonilla's car at a gas station, took apart his 9 mm handgun and burned Crawford's wallet, shoes and other effects on an outdoor grill after the two returned to Bennett's residence, Vado-Bonilla testified.

Prosecutors say celltower pings from that night corroborate the movements of Vado-Bonilla's vehicle, and blood found on the front seat and headrest match Crawford's DNA.

Prosecutors also have cellphone records, text messages and secret recordings to show Bennett had threatened Vado-Bonilla if he talked.

Bennett and Vado-Bonilla were arrested in August 2015; Crawford's body has not been found.

Bartlett police questioned Vado-Bonilla days afterward about Crawford's death, but he denied any knowledge of it.

"I was worried about my family," he said. "I saw (Bennett) do something bad."

Bennett faces 20 to 60 years in prison if convicted.