Why this immigrant teen is grateful for his Lehigh Valley home

When 12-year-old Jairo Orellana immigrated to the United States five years ago, he was frightened and lonely. He spoke no English but was determined to find a way to make the most of his experiences away from his native Ecuador. Now 17, Orellana is due to... 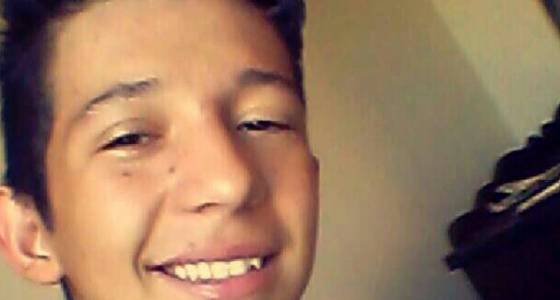 When 12-year-old Jairo Orellana immigrated to the United States five years ago, he was frightened and lonely.

He spoke no English but was determined to find a way to make the most of his experiences away from his native Ecuador.

Now 17, Orellana is due to graduate from Easton Area High School in June. He said he loves the city, the school system, his teachers and his friends.

His success story was highlighted by the Easton Area School Board, which invited him to speak in January and gave him a certificate to recognize the obstacles he's overcome.

Orellana spent his childhood in Gualaceo, Ecuador, living with his mother Diana Pina. When he was 2 years old, his father Rolando Orellana moved to the U.S. in search of work. His father would send back money to his family in Ecuador but living without a father was tough for a boy, Orellana said.

The family moved to New York State and young Orellana found himself in a place where he didn't understand anybody and few understood him. The language barrier put him in difficult situations, Orellana said.

"I was the Hispanic kid sitting in the corner afraid to ask permission to use the bathroom because I was embarrassed I might mispronounce a word," Orellana said.

After three months, the family moved to Patchogue, N.Y., which has a large Spanish-speaking population. While communication with his neighbors and school peers was easier, Orellana said he felt living in an area where he wasn't challenged to learn English would ultimately be a detriment.

"I wanted to learn English. I wanted to get educated and be a better person," Orellana said. "I told my mother we need to move."

The family again moved --this time to Elizabeth, N.J. -- but Orellana said his limited English and a Spanish accent led the students there to bully and tease him. In 2014, Orellana and his parents moved to Easton.

That's where Orellana said he began to blossom. At the end of his freshman year, he started working with Easton Area High School's English as a Second Language, or ESL, department.

Through Easton's teachers and his fellow students, he said, he began to feel at home and believe he could be a success in America.

"They are really good people in Easton," Orellana said. "You can hang out with the American people here. They will help. If you say anything wrong, they will correct you and not laugh at you."

Orellana breezed through his ESL classes in two years and was able to add college preparatory classes to his course selection.

"A compelling story," said schools Superintendent John Reinhart at the Jan. 24 school board meeting where Orellana was introduced.

After graduation, he plans to attend community college and then apply to Penn State University, where he would like to pursue a medical degree and some day become a doctor, Orellana said.

"Congratulations to you Jairo," Reinhart said. "We're really glad to know that's something that you're gong to take advantage of. Best wishes to you."

The teen and his mother have attained their citizenship and are grateful for their experience in Easton, Orellana said.

"In Ecuador, you don't have the opportunities and the education," Orellana said. "Over here, in this high school in Easton, they want to help you. They want to see you be something in life."

John Best is a freelance writer. Find lehighvalleylive on Facebook.