Why Britain is now a one-party state | Toronto Star

It was the morning after the Copeland by-election, one of two vital votes last week that were poised to indicate whether the post-Brexit political landscape really will be as kind to the Conservatives and disastrous for the Labour Party as the polls had suggested.... 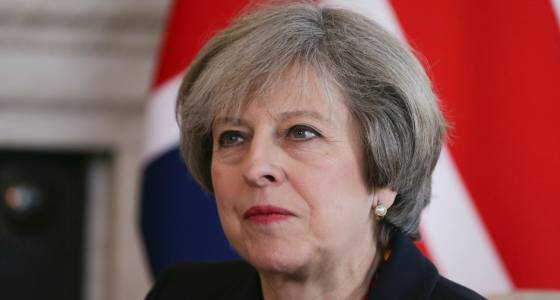 It was the morning after the Copeland by-election, one of two vital votes last week that were poised to indicate whether the post-Brexit political landscape really will be as kind to the Conservatives and disastrous for the Labour Party as the polls had suggested. And Stephen Parkinson, the Downing Street adviser who had overseen the campaign for the Conservatives, was facing a welcome dilemma. Which of the many, many historical precedents to boast about first?

This was the first time a governing party in Britain had gained a seat in between general elections since 1982. It was the biggest electoral swing toward a governing party since 1966. And the last Conservative to win in Copeland — a Labour heartland if ever there was one — had been born in 1879. “We are spoilt for choice,” a gleeful Parkinson told the Times of London.

Ahead of the Brexit referendum in June 2016, it was widely thought that a vote to leave the European Union would produce a kaleidoscopic shattering of British politics, particularly for the Conservative Party, which was projected to split down the middle between “leave” supporters and “remain” supporters. Instead, the result has turned Britain — that formerly lively multiparty democracy — into what is effectively a one-party state.

We’re ‘going to deliver’ on Brexit, Theresa May vows

To understand the extent of Theresa May’s supremacy as prime minister and Tory leader, consider the state of the potential challengers to her authority.

Labour? The official opposition party is disintegrating before our eyes. It is torn between socialists and moderates, middle-class “remain” supporters and working-class “leave” supporters, far-left activists and center-left MPs. Its leader, Jeremy Corbyn, lags behind May in popularity among every age and class demographic. David Miliband, the former Labour foreign secretary, says the party is in its worst state in 50 years.

The Feb. 23 votes in both Copeland and another Labour stronghold, Stoke-on-Trent, were by-elections — that is, votes that take place because a seat has become unexpectedly empty. These two became empty because of the retreat from politics of talented, centrist MPs who had looked at the future, and lost the will to fight on.

What about the U.K. Independence Party, the right-wing insurgents who so tormented May’s predecessor David Cameron? If anything, last week’s events demonstrated that they are even worse off. During the course of the Stoke by-election campaign, their new post-Nigel Farage-era leader, Paul Nuttall, who decided to stand for the seat himself and was caught lying about, among other things, living in Stoke, holding a doctorate, being a former professional footballer, and (worst of all) having “close personal friends” among the 96 fatalities in the 1989 Hillsborough Stadium disaster.

It isn’t going to get any better, at least for those of us who worry about the consequences of an imperial premiership. May currently has ruled out an early election — but should she find herself needing a mandate, she can easily go to the country and get it, coming away stronger. Any Labour recovery is probably, in the best-case scenario, two or three elections away — not least because a long-overdue adjustment to constituency boundaries, to reflect changing demographics, will add yet more MPs to the Tory total.

The consequences of the “one-partyfication” of Britain are already evident. The absence of any effective parliamentary opposition to the Tories means the only checks to Theresa May’s rule as prime minister come from within her own party. The parliamentary majority she inherited from David Cameron is small enough that she needs to take account of their views — which, given the makeup of her party, means keeping in with those on the right.

This, along with her long-standing passion for controlling immigration, helps explain why May (who voted to remain in the EU) has taken a hard line on Brexit, sacrificing Britain’s membership of the European single market and customs union in exchange for the ability to control its borders. And there have been other, less prominent, sacrifices on domestic matters that might offend Thatcher-style traditionalists: Plans to include workers on company boards, for instance, have already been watered down.

You do not have to be supportive of May to see that this situation is not exactly optimal. One of the lessons of British politics over the last 30 years is that when the opposition to the centre is so weak, it is a recipe for bad government. For one thing, it breeds the kind of Olympian overconfidence we’ve witnessed that leads to measures such as the poll tax or the invasion of Iraq. For another, the absence of any counterweight means that the governing party’s focus tends to turn inwards — that both politicians and the media obsess about internal quarrels and personality clashes, rather than questions of policy. (The endless debilitating feuding between Tony Blair and Gordon Brown is the classic example of this.)

If Jeremy Corbyn were a credible prospective prime minister, it would keep Theresa May on her toes. But his inadequacy has consequences beyond the electoral. His shadow ministers are selected not for their knowledge of their briefs, but for their ideological conformity. Some people joked that by making a single speech at Bloomberg, Jeremy Corbyn had spent more time in the City of London than his own shadow banking minister, Richard Burgon. Similarly, the sole interest that Emily Thornberry had shown in military matters, before being chosen as shadow defence secretary, was voting for the abolition of Trident nuclear program and signing a parliamentary motion accusing the Grenadier Guards of cruelty to animals because they used bearskin hats.

Brexit — whether hard or soft — will be an enormous and transformative challenge for the British state. It will depend on the closest possible scrutiny of thousands of lines of legislation and regulation. At the moment, there is not the slightest evidence that Labour is up for that challenge. Parliament’s select committees may fill some of the gap, but only some.

In the wake of the Brexit referendum there have been efforts to form some sort of coalition of disgruntled “remain” supporters — the 48 per cent who voted to stay in Europe — composed of Europhilic Liberal Democrats and devotees of former pPrime Minister Tony Blair and David Cameron, whose primary policy plank would be either reversing Brexit or at least softening it. There has even been talk of a new party called “The Democrats,” modelled on Emmanuel Macron’s En Marche! movement in France.

But the hurdles to such a plan are myriad: Britain’s first-past-the-post system favours established parties. And many of the cheerleaders for metropolitanism are tarnished goods. Last week, Blair made one of his periodic reappearances in British politics, arguing that just because the British people had voted for Brexit, it didn’t mean they couldn’t change their minds. The fact that Blair thought he was a viable delivery vehicle for such a message is a demonstration of how dire things have become. Though Britain’s hardcore Blairites will never be dislodged from their affection for the former prime minister, he is reviled by most of the rest of the country.

And who else is there to challenge Theresa May, or even mildly inconvenience her, besides her own right-leaning MPs? There is Britain’s increasing array of prominent regional leaders — Sadiq Khan in London, and in particular Nicola Sturgeon in Scotland, who is eager to use whatever Brexit deal emerges as a pretext for a second independence referendum. (Tellingly, the former Labour leadership contender Andy Burnham is now standing to be the first elected mayor of Greater Manchester instead of working at the national level.) There is the House of Lords, stuffed with Labour and Liberal Democrat placemen. And there is Britain’s — largely right-wing — press.

All seem unlikely to be able to offer up much of a fight: Regional leaders, by their nature, are restricted in their influence. The House of Lords, tempted though it will be, knows it cannot push the government too far: Ultimately, the Commons is in charge. And the papers — whose coverage of May has been rapturous so far — might object to particular measures, but they are hardly likely to urge their readers to embrace Jeremy Corbyn instead.

That, perhaps, leaves the markets, whose verdict on Brexit is being closely watched as the last real check on the government. It may not be good for democracy that Theresa May cares more about the bond vigilantes than the Labour Party. But it is a sign of how completely, since that vote in June, Britain’s new prime minister has indeed taken back control.