Galleries Videos CONTACT ADVERTISE
Famagusta 35°
clear sky
BUSINESS EDUCATION ENTERTAINMENT HEALTH POLITICS SCIENCE SPORTS TECHNOLOGY
12:08 Guide To Online Sports Betting: How To Choose A Sportsbook
08:28 What Are Some Reasons to Consult a Brain Injury Lawyer?
09:24 Blockchain Solutions for Enterprises: How To Increase Efficiency And Profitability
07:06 How To Deal With A Car Crash In New York
17:43 Tips to keep in mind while choosing the casino site
11:34 Relation Between Employee Theft and Pre-employment Screening Check
04:37 Search your own desired site to play sports for betting
18:00 Top 3 Career Path Options for Business Analysts Preview
15:35 The history of Imen Jane, who is the influencer and the charges on the...
18:48 Sebastian Vettel's Greatest Races
BIST
1129
GOLD
473.519
USD
7.7940
GPB
10.0550
EUR
9.1366
Breaking News
Top 3 Career Path Options for Business Analysts Preview
Close

Who are the 700,000 Ohioans receiving health insurance under Medicaid expansion?

CLEVELAND, Ohio - Who are the 700,000 Ohioans who have received health insurance under Medicaid expansion? And has the insurance really made a difference? A state report conducted for the Ohio General Assembly provides a snapshot, based on questioning of... 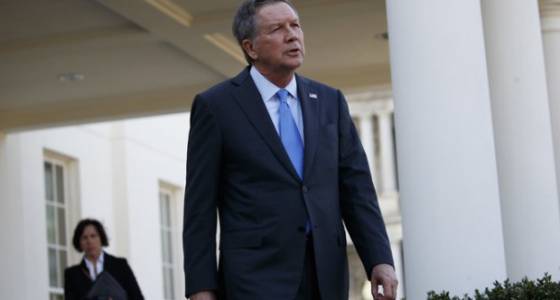 CLEVELAND, Ohio - Who are the 700,000 Ohioans who have received health insurance under Medicaid expansion? And has the insurance really made a difference?

A state report conducted for the Ohio General Assembly provides a snapshot, based on questioning of new Medicaid recipients added as a result of Obamacare .

Their lives, and whether Medicaid has made a difference, is certain to be part of the debate as Presidential Donald Trump and the Republican-controlled Congress embark on efforts to repeal and replace Obamacare.

Below is what the Ohio Department of Medicaid report found and the background.

Republican Ohio Gov. John Kasich spearheaded the effort for Medicaid expansion, going to the Ohio Controlling Board for approval after the Republican-controlled General Assembly refused to go along with his plan. Insurance began in January 2014.

Before: Until the change, Medicaid was generally restricted to adults with income of less than 90 percent of the poverty level and only if they were also a parent, pregnant or disabled.

After: Medicaid coverage was expanded to Ohioans age 19 to 64 with incomes at or below 138 percent of the poverty level. The threshold for a single person in 2016 was $16,394. The state reported 702,000 people were insured as a result of the expansion.

A central part of Gov. Kasich's argument for expanded Medicaid coverage has been caring for the needs of people with mental health problems. Here's what the survey found about mental health:

After enrollment, 27 percent of the new Medicaid members were diagnosed with at least one chronic health condition.

The study reported improvements in health, including:

The study also found a drop in the use of emergency rooms for healthcare.

Where do the newly insured live?

Rates of enrollment vary widely across the state. Among adults age 19 to 64 in western Ohio's Darke County, just 4.7 percent were covered by the expansion in October. Several places had coverage rates nearly three times as high.

The highest percentages were 13.7 percent in Lawrence County at the southern tip of Ohio, 14.2 percent in eastern Ohio's Guernsey County and 14.4 percent in Mahoning County, which includes Youngstown.

Including those eligible under the old rules before Medicaid expansion, nearly one-third of all people age 19 to 64 in two southern Ohio counties now receive their healthcare through Medicaid.

This could present an interesting political dynamic. Many of these same counties were the places where Trump won the presidential vote in Ohio by the widest margins.

How the study was conducted

The Ohio Department of Medicaid described the study, released in January, as "one of the nation's most comprehensive assessments" of Medicaid expansion.

A total of 7,508 Medicaid recipients were interviewed, plus information was included from biometric screens of 886 respondents and health records from 430.

The department worked on the study in association with the Ohio Colleges of Medicine Government Resource Center, Ohio State University, Ohio University and RTI International.

The complete study can be read at this link.