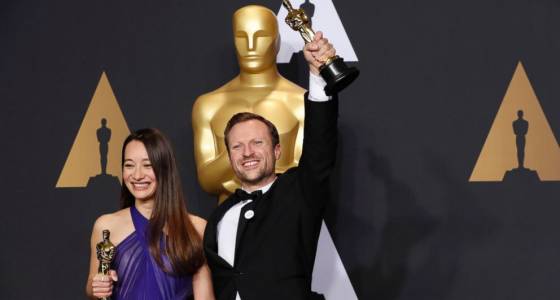 Saleh stayed behind in Syria, when Khateeb, von Einsiedel mentioned, was unable to attend because of an incident with his visa.

The Linked Press reported on Saturday that U.S. officials stated they found "derogatory information" about Khateeb and would not let him into the country.

"Properly, Raed Saleh, he is the leader of the White Helmets, he couldn't come in the finish for the reason that ... Syrian violence has seriously escalated and he does life-saving work and he decided in the finish, his time was much better placed to do that," von Einsiedel mentioned. "[Cinematographer Khaled Khateeb] had a U.S. visa. He tried to board a plane and he wasn't capable to come, so we're incredibly sad about that."

"White Helmets" focuses on the group of volunteer rescuers who operate in war-torn Syria and Turkey. On stage, von Einsiedel read a statement from Saleh that invited listeners "to operate on the side of life, to cease the bloodshed in Syria and about the planet."

Backstage, Natasegara mentioned that the Oscar win was "bittersweet" since of Khateeb's absence, but mentioned that she spoke to him right away following the win, and he had a positive message.

"He's thrilled," she said, "simply because like us, he just desires the globe to know about the White Helmets."