Where'd Christie go? Who was the mellow governor making that budget speech?

TRENTON -- Gov. Chris Christie staked his national image on being the brash, tell it like it is executive. But on Tuesday, in his final state budget address to New Jersey's legislators, the Republican governor, who pledged months... 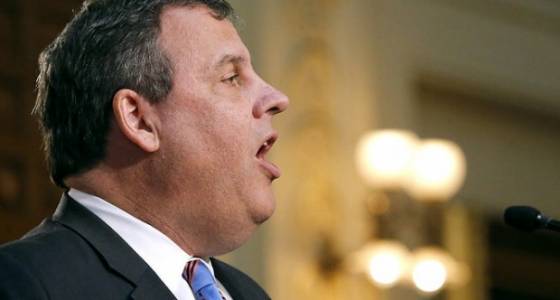 TRENTON -- Gov. Chris Christie staked his national image on being the brash, tell it like it is executive.

But on Tuesday, in his final state budget address to New Jersey's legislators, the Republican governor, who pledged months ago to go out "loud," instead chose to be gentle.

"I was glad to have this budget address not be confrontational," said state Senate President Stephen Sweeney (D-Gloucester), the highest ranking lawmaker in the Democratic-controlled state Legislature.

"It really wasn't," Sweeney said. "What I heard was we have four months together, let's get some things done. We have always wanted to get things done here."

Christie spoke often in the hourlong speech about accomplishments during his two terms that required Democratic support, including enacting a 2 percent property tax cap and overhauling pension and health care for public workers.

"Each time, with varying degrees of struggle, harmony and acrimony, we have reached these goals," Christie said. It was one of more than a hundred times Christie used the word "we" in his speech.

"We can do this together," Christie said, reinforcing the underlining theme of much the majority of the speech: success through bipartisanship.

He even pledged to work with lawmakers to rework the state's school funding formula. By doing so, he dropped his controversial charge to fund every school student in the state equally. The so-called fairness formula would drastically reduce aid to urban districts while lowering property taxes in many suburban towns.

Democratic lawmakers, including Assembly Speaker Vincent Prieto (D-Hudson) said at the time Christie introduced the plan that it was "dead on arrival."

The speech that centered on collaboration and acted as a call to work as a team was a far cry from three months ago, when Christie declared at a public event in the state: "I'm going to go out the same way I came in: loud. Loud and tough and making changes."

But with Christie a lame duck and now tied for the lowest poll ratings ever with former Gov. Brendan Byrne (who attended the speech), it made sense for him to back down from controversial plans and instead strike a conciliatory tone with lawmakers, Patrick Murray, director of Monmouth University Polling, said.

"I walked away with the sense Christie has come to the realization that being the governor of New Jersey may be his legacy," Murray said.

"He's looking at, 'What can I accomplish and claim as an achievement?'" Murray said.

But true to his nature, Christie did draw one hardline in his speech.

When discussing the need to rework New Jersey's school funding formula, Christie called for lawmakers to come to the table and hash out a plan within 100 days.

"I am ready if you are ready," Christie said. "But, if forced, I will act alone. But it will be fixed before I leave this town."

Sweeney referred to the governor's comment as a "veiled threat." But he brushed it aside, suggesting the governor could do little to enact his fairness formula without the courts overturning it.

Like Sweeney, Murrar believes Christie will veer away from big shows of brash behavior in his final months as governor.

"He wants to end on a high note," Murray said.