President Donald Trump will address a joint session of Congress at 6 p.m. Pacific time (9 p.m. Eastern) Tuesday, Feb. 28, 2017, in the House Chamber at the U.S. Capitol.Members of both the U.S. Senate and House of Representatives will be in attendance.According... 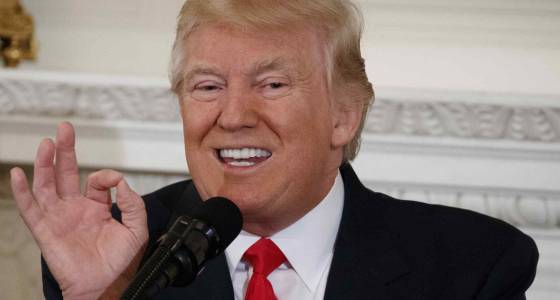 President Donald Trump will address a joint session of Congress at 6 p.m. Pacific time (9 p.m. Eastern) Tuesday, Feb. 28, 2017, in the House Chamber at the U.S. Capitol.

Members of both the U.S. Senate and House of Representatives will be in attendance.

According to the White House, “the president will communicate his vision for the future of the country directly to the American people as he moves forward with his plans to take on the many challenges facing this nation.”

The president’s address to both houses of Congress will be carried live on all of the major cable news networks, including CNN, C-SPAN, Fox News and MSNBC.

Broadcast networks ABC, CBS, Fox and NBC are also expected to break away from regular programming for the speech.

The CBSN streaming network is carrying the speech, and web sites of the major news networks offering live streams include ABC and C-SPAN.

On the Internet, the White House’s YouTube channel will also carry the live broadcast. The stream will be available at http://www.whitehouse.gov and http://facebook.com/WhiteHouse.

Other live streams include Reuters TV, available on the Internet and, like CBSN, via streaming devices that include the Roku.

For radio listeners, the speech will be carried on the NPR network, with local outlets in the Los Angeles area including KCRW-FM (89.9) and KPCC-FM (89.3).