What popular tax breaks are at risk if GOP overhauls taxes?

WASHINGTON — When Republicans say they want to lower taxes and get rid of loopholes to make up the lost revenue, they're talking about eliminating some very popular tax breaks enjoyed by millions of people.That's why making big changes to tax laws... 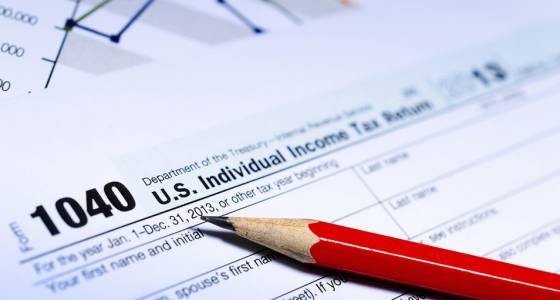 WASHINGTON — When Republicans say they want to lower taxes and get rid of loopholes to make up the lost revenue, they're talking about eliminating some very popular tax breaks enjoyed by millions of people.

That's why making big changes to tax laws is so hard — and why it hasn't been done for 30 years.

Republican leaders in the House and Senate say they don't want a tax overhaul to add to the national debt. That's what they mean when they say "revenue neutral." The new system would raise the same amount of tax revenue as the old one, after taking into account some broader economic effects.

President Donald Trump has said he will make public a tax proposal in the coming weeks. Republicans in Congress are also working on plans, with the House GOP taking the lead.

Last year, House Republicans released a blueprint that would lower income tax rates and reduce the number of tax brackets. The gist of the plan is to lower tax rates for just about everyone, and make up the lost revenue by scaling back exemptions, deductions and credits.

A look at the biggest tax breaks enjoyed by individuals, along with The Associated Press' assessment of how safe they are as Congress works to overhaul taxes. All estimates are from the nonpartisan Joint Committee on Taxation, the official scorekeeper for Congress.

Contributions to pension plans are tax-exempt, including defined benefit plans and defined contribution plans, such as 401(k)s. This exemption saved taxpayers $180 billion in 2016, making it the biggest tax break for individuals.

Nearly half of all those in the United States get their health insurance from an employer. The value of those insurance policies is exempt from taxation, saving taxpayers $155 billion in 2016.

Proposals to start taxing at least some health benefits are dividing House Republicans as they struggle to replace President Barack Obama's health law. Some see it as another version of Obama's "Cadillac" tax on high-cost health insurance, which has been delayed until 2020.

Investors pay reduced tax rates on long-term capital gains and qualified dividends, saving them $131 billion in 2016. The tax rate for investment income is 15 percent for most investors, though the very wealthy pay a top rate of 20 percent. The top tax rate on regular income is 39.6 percent.

RATING: Safe, as long as Republicans are in charge.

Nearly 30 million families claimed the earned income tax credit in 2016, which targets low-income working families with children. They saved a total of $73 billion. Republicans like the credit because it rewards work. Democrats like it because it is one of the federal government's largest anti-poverty programs.

RATING: Safe, but there could be changes.

More than 43 million families deducted their state and local income, sales and personal property taxes from their federal taxable income in 2016. The deductions reduced their federal tax bills by nearly $70 billion. More than 90 percent of taxpayers who itemize take advantage of this deduction. Nevertheless, the House Republican blueprint would repeal it to help pay for lower tax rates.

Nearly 34 million families claimed the mortgage interest deduction in 2016, reducing their tax bills by $65 billion. Some economists say the deduction is an inefficient way to promote home ownership. But it has strong support among home owners and every industry associated with buying and building homes. Recognizing the political peril of targeting this deduction, the House GOP blueprint would keep it.

RATING: Safe, but it could get a haircut for high-priced homes.

Nearly 36 million families claimed deductions for charitable contributions in 2016, reducing their tax bills by more than $57 billion. Most tax overhaul proposals, including the House GOP blueprint, would spare this deduction.

RATING: Safe. Some proposals would increase it.

Most Social Security and railroad retirement benefits are not taxed, saving these people $40 billion in 2016. Individuals with a combined income below $25,000 do not have to pay taxes on Social Security. The income threshold for married couples is $32,000.

Nearly 35 million families deducted their taxes on their home or other real estate from their federal taxable income in 2016. They saved a total of $33 billion. This deduction makes it easier for school districts to raise money from property taxes. It is, however, targeted for elimination in the House GOP blueprint.