WCCO Radio to be under new ownership as CBS Radio, Entercom merge

A new era has begun for WCCO as CBS Corp. sells its radio division to Entercom.The tax-free merger marks the second time WCCO has shifted ownership since its start more than 90 years ago. CBS Radio bought the station from General Mills predecessor Washburn-Crosby... 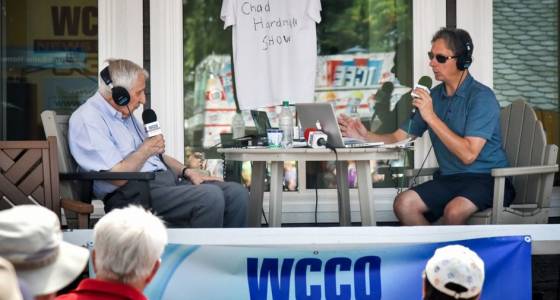 A new era has begun for WCCO as CBS Corp. sells its radio division to Entercom.

The tax-free merger marks the second time WCCO has shifted ownership since its start more than 90 years ago. CBS Radio bought the station from General Mills predecessor Washburn-Crosby Co. in 1932.

In a deal expected to close by the end of 2017, Entercom will purchase CBS Radio’s 117 stations in an all-stock transaction.

The move comes as a surprise for industry veterans, as CBS previously announced plans for an IPO. In addition, Entercom is smaller than CBS, said Mark Fratrik, senior vice president and chief economist at media consulting company BIA/Kelsey.

“It’s encouraging that there’s investors that have enough confidence in Entercom that can help them along to make this acquisition happen,” he said.

The move will boost suburban Pennsylvania-based Entercom from the fourth to second largest U.S. radio company, with a combined revenue of $1.7 billion and stations in 23 of the 25 major markets, according to a news release.

“I think it’s a real positive for the market,” Fratrik said. “You’re combining two very strong companies that do very well in their respective markets.”

CBS announced in March 2016 that it was looking to exit the radio business. In July, the company filed for an IPO. The merger with Entercom was announced Feb. 2. CBS Corp. said in a December regulatory filing that CBS Radio generated a net loss of $225 million in 2016 on revenue of $1.22 billion. Financials for individual properties were not broken out.

A representative from CBS Radio said earlier this week that it was too early to discuss how the merger will affect specific stations.

In its heyday, WCCO built a reputation for dominating the local market with high profile on-air personalities. Listeners came to rely on the “Good Neighbor” station for severe weather coverage, which allowed listeners to call in with live updates. Its signature “klaxon” warning alerted people of tornadoes and other dangerous conditions with a hornlike buzzing sound.

Because the combined company will own too many stations in some markets per Federal Communications Commission limits, Entercom is expected to divest from at least 15 out of the 244 stations, Entercom President David Field said in an investor conference call Feb. 2. Field will continue to lead the merged company.

The company’s new board of directors will consist of five current Entercom members and four directors nominated by CBS Radio.

Jackie Renzetti is a University of Minnesota student on assignment for the Star Tribune.