Water rates to rise as Naperville plans for system improvements

Water service is likely to get more expensive in Naperville this summer as the city prepares to fund operations, system improvements and EPA-required upgrades to its wastewater treatment plant.The city council on Monday is set to consider recommended water... 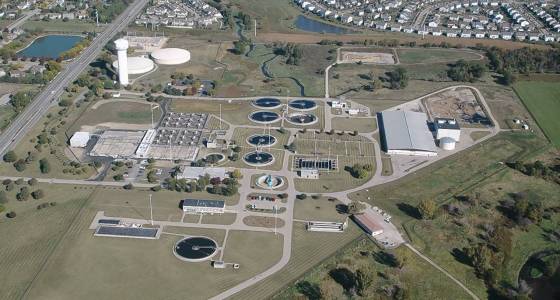 Water service is likely to get more expensive in Naperville this summer as the city prepares to fund operations, system improvements and EPA-required upgrades to its wastewater treatment plant.

The city council on Monday is set to consider recommended water rate increases that would charge the average residential customer, who has a $65.07 bill, $2.54 more each month beginning in June. The move would be followed by yearly increases of between $2.50 and $3 a month for each of the next four years.

The utility has a fund balance of $530,000, which isn't enough to cover a 30-day operating reserve. And it's facing major costs ahead.

The biggest cost is roughly $40 million to $60 million for improvements at the Springbrook Water Reclamation Center to meet requirements of an operating permit from the Illinois Environmental Protection Agency.

The five-year permit requires the city to decrease the amount of the mineral phosphorus in treated water to 1 milligram per liter, and it gives an 11-year time frame in which to do so.

Treated water now leaves the plant with about 3 milligrams of phosphorus per liter. To remove more, the city could add a chemical to the treatment process or alter the biological environment within the plant, Holzapfel said.

The proposed water rate increases would help build a fund to pay for the work by including a phosphorus surcharge listed separately on customer bills.

First, staff members recommend the city apply repayments from a 2014 loan to the electric utility worth about $14 million. The money from the $13.2 million loan helped balance the electric budget when the utility was facing a $14 million deficit.

The first installment of the repayment came last year at $3.2 million, and the water utility expects to receive another roughly $3 million yearly until 2020, Mayer said.

Taking out a new loan of roughly $25 million is how the city plans to pay for the remainder of the phosphorus removal work, which is expected to begin in 2025.

The proposed rate increases come from a study conducted last year by consultant Municipal & Financial Services Group, which offered two versions of how rates could be adjusted. Mayer said city staff members recommend the version they will discuss Monday with council members because it prevents a drastic hike in any one year.

"It fits within our overall financial principles. It creates that structurally balanced budget for the operations in water," Mayer said. "It plans for the future, which is something this council has been very focused on."

If the city council approves the increases in concept Monday, Holzapfel said they will be set for final approval in March. New rates would set in June 1.