Government watchdogs on Friday urged the state ethics agency to investigate whether Keith Wright is violating New York’s conflict-of-interest-law by working for a high-powered lobbying firm while continuing to serve as the Manhattan Democratic leader.The... 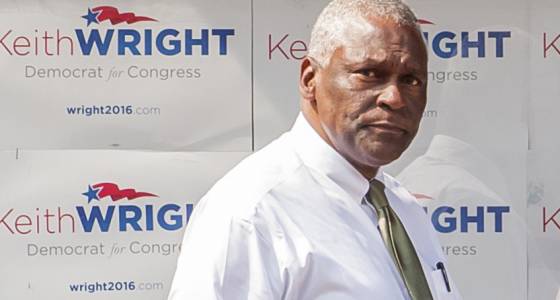 Government watchdogs on Friday urged the state ethics agency to investigate whether Keith Wright is violating New York’s conflict-of-interest-law by working for a high-powered lobbying firm while continuing to serve as the Manhattan Democratic leader.

Common Cause, New York Citizens Union and Reinvent Albany sent a joint letter to the Joint Commission on Public Integrity saying Wright’s dual arrangement “may be in violation of the New York State Public Officers law.”

“Keith Wright can be a party chairman or a lobbyist, but he can’t have it both ways,” said Susan Lerner, executive director of Common Cause New York.

“The opportunities to wield his political position for personal enrichment, or use his position to advance a client’s agenda present a clear conflict of interest. He’s got to make a choice.”

“Chairman Wright cannot possibly fulfill his public role as the county chair of Manhattan Democrats, while also serving as a private lobbyist. Chairman Wright cannot lobby Manhattan elected city officials for support on interests he represents, while at the same time working with these same officials on political matters over which he has considerable power as county chair. He can be one of the other, but not both,” Dadey said.

The advocates cited Section 73 of the Public Officers Laws that states that political party chairpersons are prohibited from receiving compensation for lobbying before a state or city agency “where such appearance or rendition of services is in connection with the adoption or repeal of any rule regulation having the force and effect of law.”

They called for JCOPE to conduct a “thorough investigation” and provide an advisory opinion of Wright’s dual roles.

Wright insisted on Friday, as he did previously, that his arrangement is “very appropriate.”

“As one of New York’s premier law and government relations firms, with an active federal, state and city practice for over 40 years, we are well aware of the restrictions of the Public Officers Law, and Mr. Wright’s activities will not run afoul of the law,” the firm said in a statement.

In the initial statement announcing its hiring of Wright, the firm said he would “focus on a variety of issues at the city and state level.”