In the months before the recent U.S. presidential election, Canadians joked about building their own border wall to keep American liberals from invading in the event of a Trump victory. What they didn’t foresee then was the migration that has actually... 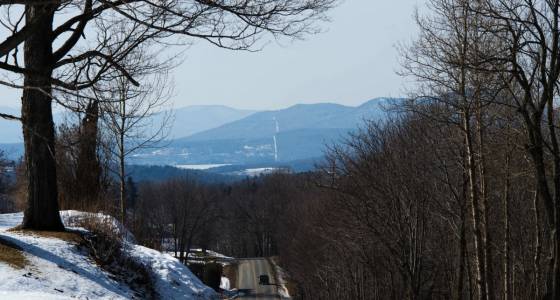 In the months before the recent U.S. presidential election, Canadians joked about building their own border wall to keep American liberals from invading in the event of a Trump victory. What they didn’t foresee then was the migration that has actually occurred since.

Foreign nationals living in the United States — frightened for their safety and legal status and so far numbering in the hundreds — have walked north into Canada in pursuit of political asylum. Plans for more aggressive enforcement of immigration laws, now revealed by the Department of Homeland Security, promise to swell this flow.

What is the meaning of this northward migration? And why should we care about it?

It’s up to Canadians to ensure newcomers know the country’s values: focus groups

Canada-U.S. border the final frontier for those seeking refuge

From a humanitarian point of view, we should be alarmed that individuals and families who have already fled violence in countries like Burundi, Eritrea, Sudan and Syria, are feeling so uneasy that they would quickly pack luggage, gather their children, and, with the dubious assistance of human smugglers, flee yet again to try to start over in another place.

Putting this migration into historical context makes it even more disturbing. Canadians, largely blue collar and white, have always flowed south to the United States in search of economic opportunity. Nearly 1 million French Canadians sought work in an industrializing New England between 1840 and 1930, for example. Since the 1920s, an occasional “brain drain” of knowledge workers, from physicians to engineers to entertainers, has drifted south. But Americans have followed the reverse route by and large for a very different reason.

Take the Loyalists, those who remained loyal to the British Crown during the American Revolution and then fled its violence and persecution for British Canada. The largest of the Loyalist groups was of European origin. Of both high and low station, these Americans rejected the actions of what many of them viewed as the rabble mob, and at war’s end, some 40,000 left for Canada to avoid imprisonment and the denial of civil rights.

Not all Loyalists were of European origin. The Iroquois, whose land was overrun by George Washington’s armies, received lands in what is now Ontario to settle and farm beyond the striking range of the expanding Republic. Black Loyalists, who had taken up the British offer of freedom from slavery to join the British side of the fight, fled to the Canadian Maritimes in the hope of starting anew.

African-Americans didn’t stop fleeing to Canada in the 18th century. Among the unknown number of slaves who used the secretive paths and safe houses of the Underground Railroad, Canada became the destination of choice after the 1850 Fugitive Slave Act, which required that all captured slaves in the northern free states be returned to their southern masters.

During the Indian Wars on the Great Plains, Lakota Chief Sitting Bull fled with his people to Canada — he called it “Grandmother’s country” after Queen Victoria — to escape harassment by the U.S. army. It was a short-lived stay and upon their return to the United States, Sitting Bull was murdered and his people were impounded on the Standing Rock reservation.

The Vietnam War era saw U.S. draft resisters and deserters, numbering in the tens of thousands, quietly drive their Chevies and VW Bugs across the international border. Organizations sprung up to welcome and care for them in cities from Vancouver to Montreal. Most stayed on, even after President Carter offered them amnesty on his first day of office.

Canada is no paradise. It has its own tensions around race and region. It holds an environmental record no better than our own. And for much of Canadian history, native peoples experienced abysmal treatment.

The fact remains, however, that for more than two centuries, Americans who have felt persecuted have fled north to what they view as a more welcoming and tolerant democracy. Today, we may be witnessing another chapter in that sad history. This is not a history to be proud of.

David Massell is a professor of history and the director of the Canadian studies program at the University of Vermont.