Vice Media co-founder Gavin McInnes tweeted the identities of two brothers allegedly beat up by “skinheads” in a Manhattan bar, because he believes the pair embellished their tale — but police sources say they have a mountain of evidence that knocks... 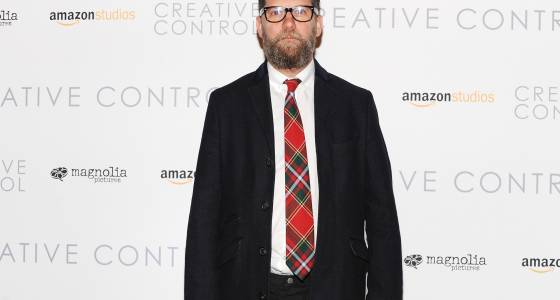 Vice Media co-founder Gavin McInnes tweeted the identities of two brothers allegedly beat up by “skinheads” in a Manhattan bar, because he believes the pair embellished their tale — but police sources say they have a mountain of evidence that knocks down his theory.

“I found the brothers who made up that story about being attacked by skinheads,” McInnes tweeted, along with the pair’s names. “They said the skinheads had brass knuckles and were waving a knife around. All lies.”

But police recovered a bloody pair of brass knuckles at the scene and arrested one of the half-dozen alleged attackers, according to a criminal complaint filed with the Manhattan District Attorney.

The victims told cops six or seven “skinheads” wearing patches from nationalist group the “211 Bootboys” beat them up as they were leaving bar Clockwork on Essex Street on the Lower East Side at 12:30 am on Feb. 12, because one of them had a “New York City Anti-fascists” sticker on his phone.

The brothers tried to run away but their attacker chased them down Essex Street and then onto Hester Street, where the group caught the brothers and continued the beating, sources said. Officers in an undercover police car driving by saw the two bloodied victims on the sidewalk trying to call 911, and eventually brought them back tot he bar to identify one of their attackers.

But McInnes claims he spoke with several witnesses who told him the brothers were the aggressors and said he is justified in revealing Columbia grad students’ identities.

“If these guys didn’t lie about neo-Nazis attacking them for nothing, then I would never consider doing that,” McInnes told The Post Monday. “I’m sick of these left-wing psychopaths ruining people’s lives.”

He outed the pair on Twitter — posting their full names, handles, and photos apparently taken from Facebook. And followers soon pounced on the two.

Online trolls began threatening the brothers — who eventually took down their social media accounts — and pestering their colleagues, one victim told the Post.

“We were getting doxxed pretty hard when he released our info,” one brother said, referring to the practice of publicizing people’s personal information online. “People found every part of our social media — we had to close our Twitter accounts. A lot of people we work with — particularly in academic side — ended up getting messages. We were getting questions from people we hadn’t worked with in five years.”