Some of United Airlines' newest destinations from Chicago — Champaign, Columbia, Mo., and Rochester, Minn. — don't sound like travel hot spots.But they're part of United's push to win back market share in its domestic hubs, including O'Hare International... 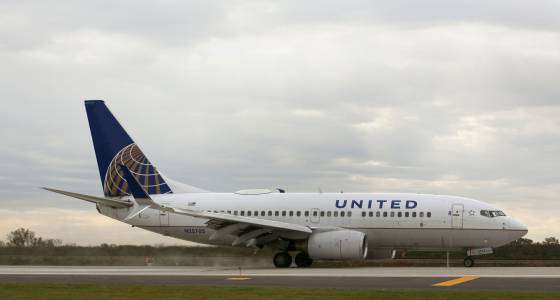 But they're part of United's push to win back market share in its domestic hubs, including O'Hare International Airport, lost during the airline's years as a "docile competitor," said United President Scott Kirby.

"I like to think of this as the day we go back on offense," he said.

Among the new destinations are Midwest cities it once ignored. United isn't banking on filling the three daily flights from Champaign with passengers stopping in Chicago. Rather, it's hoping to attract customers connecting at O'Hare with other flights.

There isn't enough demand in the Chicago area to support nonstop flights to international destinations like Tel Aviv or more frequent flights to some U.S. cities. But add in passengers from smaller cities around the country, and those routes may start making sense, Kirby said.

At one point, there were 18 markets near Chicago that American served and United did not, said Kirby, who was president of American before joining United in August.

"I never understood why United Airlines let American get away with that," he said.

Kirby said United will continue to add routes and destinations as long it can grow while improving profitability and reliability. At O'Hare, growth also depends on getting access to more gates and avoiding cost increases, he said.

The roughly $10 billion O'Hare Modernization Program has added runways, and another is under construction. But a gate shortage could still limit flight traffic if there aren't enough spots for planes to load and unload passengers. United leases 77 of O'Hare's 186 gates, while American has 67, according to the Chicago Department of Aviation.

In July, Mayor Rahm Emanuel announced major airlines agreed to build up to nine new gates at O'Hare. At the time, city officials said they were still discussing plans for a bigger expansion with O'Hare's major airlines.

"We are fully supportive of their plans to grow and will always provide the facilities to do that," said Aviation Commissioner Ginger Evans. "Right now we are somewhat constrained, and we have to provide not only for United but other airlines that want to expand."

Kirby said United wants to see a plan that adds some gates quickly and cost-effectively before embarking on a major overhaul.

Since connecting passengers don't care whether they fly through Chicago or Charlotte, O'Hare is competing with every other airport for connecting business, he said.