Bob Corry can't tear himself away from true crime television.6 Months Ago7 Months Ago4 Months AgoHe watches cases solved on hair strands and saliva, wondering how things would be different if that golden ticket evidence was found on the scene where his grandmother... 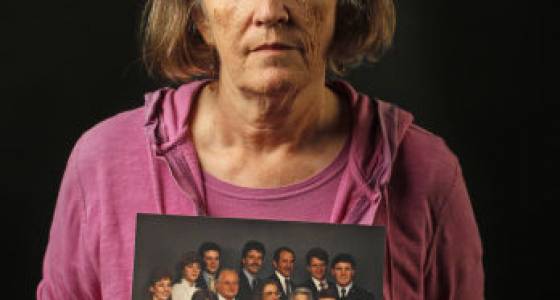 Bob Corry can't tear himself away from true crime television.

He watches cases solved on hair strands and saliva, wondering how things would be different if that golden ticket evidence was found on the scene where his grandmother was murdered 30 years ago this month. He watches until the very end, even if the case seems unsolvable, hoping to witness the closure he and his family still don't have.

"Some of these seem like there's no answer, and at the end, some little piece comes up, and boom," Corry, 62, said. "People don't always get answers, but it's sure nice when they do."

It was on Feb. 13, 1987, the day before Eleanor Swift's 85th birthday, that she was found dead after someone broke into her Seminole home and suffocated her with a couch cushion, detectives said. Her murder came four days after 82-year-old Opal Weil was found beaten and choked to death in her Lealman home.

Pinellas County Sheriff's Office detectives believe the cases are related. In both, the killer pried or cut open a back door or window to enter their single-story homes, in which they lived alone. In both, he left behind a strand of straight, brown Caucasian hair. In both, he stole just one thing from the widows: their wedding rings.

Police also linked a third case out of Pinellas Park to the murders. Maria Elz, 75, lived through the attack, going to her neighbor's house covered in blood to get help. Investigators believe the attacker may have tried to suffocate her with a couch cushion as well — and he stole her wedding ring, along with other jewelry.

"I've forgotten a lot of things," said Weil's niece, Rita Smith, "but this I can see as clear as day."

Smith was at work as a secretary Feb. 9, 1987 when she got the phone call from a neighbor telling her to come quick, that her mother couldn't take it, she said this week. She dashed to the home at 4736 56th Ave. N and saw the police cars. Inside, she spotted her aunt's legs through the door of her bedroom.

She found her mother on the back porch, shaken, already worried they would never find the killer.

"My mother had a lot of premonitions that were true," Smith, 84, said this month.

A few miles away, Rebecca Corry Overholser heard the TV in her parents' living room blaring news of the murder. Her heart sank, not knowing that just four days later, her brother and his wife would discover her own grandmother dead under similar mysterious circumstances.

Cathy Corry and her husband at the time, Pat, drove to Swift's home at 7801 Ridge Road with their 2-year-old son to pick her up for birthday lunch. They knocked on her door with no answer, unusual for Swift, whom Cathy Corry said was prompt and organized.

Pat Corry used a neighbor's phone to call his grandmother, again with no answer. They used a spare key Swift kept under her water heater to enter the home through a back door that led into the garage, Cathy Corry said. The door to the house was open, a relief for the family, who assumed she must not have heard them at the door because she was in the garage.

"It's fascinating to me how me, people, rationalize things as you go along," Cathy Corry, 61, said recently.

They called out, "Grandma! Grandma!" Everything in the house was "neat as a pin," she said, not noticing a white cushion missing from the living room sofa. She went to check Swift's bedroom to see if she was getting dressed.

Instead, she found her lying in bed with the cushion covering her head. A book sat on the nightstand. Again, she rationalized: Grandma must have been reading and used the cushion to prop herself up.

When she moved it, Swift was still, her skin cold and pale save for a half dollar-sized bruise on her chin. She died in her sleep, Cathy Corry thought, not too surprised because of her age but a little shocked given how active the woman was.

In autopilot, they found the envelope Swift kept in the house with instructions for what to do if she died. It was a representative from the cremation society that told them to call police.

The killer's motive soon became a burning question for both families as it became clear it wasn't money.

In Weil's home, the keys to her car were sitting on an end table in the living room, untouched, Smith said. In the table drawer was a stash of cash, and in her bedroom a cedar chest full of jewelry. Swift's purse and wrist watch were sitting out on a table, Cathy Corry said. Desperate for answers, and terrified, Overholser wondered if someone in her own family was responsible.

"The mind plays terrible tricks when you have the person out on the streets," she said.

Investigators at the time told them the forensic evidence showed Swift stayed still through the attack, Overholser said. She imagined her grandmother, paralyzed by fear, maybe telling the attacker to take what he wanted.

Weil, on the other hand, fought back, detectives said, according to Smith. They found a can of Mace spray on her dresser, just out of reach.

Before she was buried, the funeral home put a scarf around her neck. It covered the mark left behind by the belt used to strangle her.

For both families, the deaths left gaping voids.

Overholser, a senior in high school at the time, turned to alcohol in college. For a decade after the murder, she couldn't trust anyone, she said — even God, her strong Christian faith shaken with the anger of how he could take away her golfing partner, her role model, her confidant.

"The shock of this really set my life on a different course," she said.

Rita Smith used to visit the Sheriff's Office once a year to read her aunt's investigative file. Her eyes would flit over people of interest and murders from across the country with similar patterns, none of them substantial enough to close the file for good.

At 84, she hopes they crack the case before she, too, dies. She's forgotten a lot over the years. But the scene of her aunt's house, her legs in the bedroom, her mother on the back porch — it's singed into her memory.