Two shareholders of Clovis Oncology (NASDAQ: CLVS) are accusing the Boulder company of regulatory violations during clinical trials for its failed lung cancer drug rocilentinib, The allegations come as the biopharmaceutical firm continues a legal battle with... 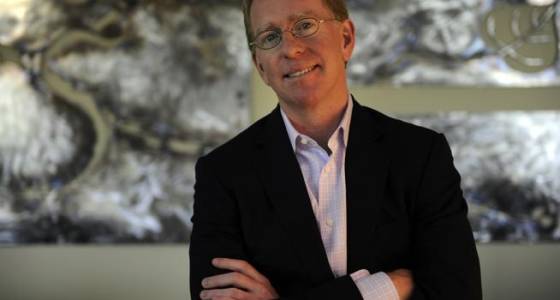 The allegations come as the biopharmaceutical firm continues a legal battle with shareholders over allegations that executives made false and misleading statements about the lung cancer drug's efficacy — and follows a January public offering that raised $221 million to fund the marketing of a successful new ovarian cancer drug.

Clovis disclosed the most recent allegations in a 10-K filed Thursday with the Securities and Exchange Commission, calling them "unfounded."

Officials also maintained they were not under investigation by the U.S. Food and Drug administration, a claim made by one of the shareholder letters.

The 10-K filing also reported that "governmental agencies" are seeking details about the FDA's November 2015 request for more information on the efficacy and safety of rociletinib.

It's not clear if the inquiries are related to the shareholders' allegations. Clovis said it was "cooperating" with the agencies.

It is "unusual" that the filing failed to specify which agencies were requesting information, said Lynn Turner, a former SEC chief accountant and current Colorado-based consultant.

However, the SEC is the most likely source to be investigating, he said, because shareholder lawsuits allege violations of federal securities law.

Clovis' shares plummeted 70 percent on Nov. 16, 2015, wiping out $2 billion in value after the FDA requested more clinical information on rocilentinib.

Development of rociletinib was shelved in May of last year when the FDA declined to approve it. Clovis announced it would reduce its 309-person global workforce by 35 percent as a result.

The failure of the treatment also spawned the class action lawsuits by shareholders who say executives knew the data on the drug was insufficient yet failed to disclose that fact in a Nov. 5, 2015, conference call.

A lawsuit brought by plaintiff Maris Sanchez on Feb. 18, 2016, on behalf of the company against its own board of directors, alleging the directors knew that misleading information had been presented to investors, was dismissed three weeks later.

The correspondence, referred to in the filing as "the McKenry Demand Letter," requested access to Clovis' books and records related to the rocilentinib trial.

After initially saying the letter-writer was not entitled to any documents, Clovis "produced certain books and records" in response.

Demand letters have become useful tools for shareholders over the last decade, Turner said, giving them an opportunity to peak into a company's processes outside the realm of the courts.

While such documents could come to light during the discovery phase of a lawsuit, "if the judge dismisses the case, you never get to go to discovery."

Of the five lawsuits filed against Clovis in the past 15 months, one has been dismissed. Three of the remaining suits were consolidated into one class action, Medina vs. Clovis Oncology, and on Feb. 9, a federal judge refused to dismiss that case.

Thursday's revelations didn't spook investors too much: Shares fell 7.8 percent during the day's trading, but picked back up slightly to close the week at $57.90.

Shares are still up nearly 56 percent since the Dec. 19 announcement that rucaparib, Clovis' ovarian cancer drug, had received FDA approval.