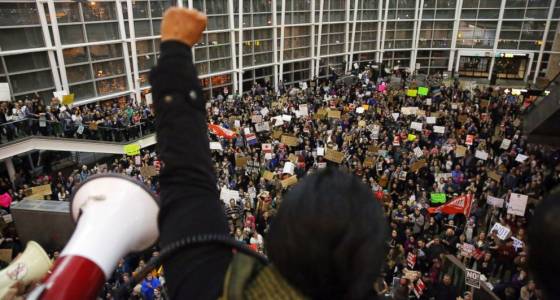 ABC News previously reported that a draft of the new executive order does not automatically reject refugees from Syria, and clarifies that green card holders and dual citizens of the U.S. and the seven previously identified countries -- Iran, Iraq, Libya, Somalia, Sudan, Syria and Yemen -- are exempt.

The officials declined to go over distinct particulars of the new order, and one official stated its language was still changing as of Tuesday afternoon, a notion that runs counter to claims last week by White Residence press secretary Sean Spicer that the order was "finalized" and was "awaiting implementation."

"What we are performing is now in the implementation phase of working with the respective departments and agencies to make positive that when we execute this, it’s accomplished in a manner that is flawless," Spicer said final Thursday.

Officials also confirmed that the president plans to announce the new order from the Department of Justice alongside Attorney Common Jeff Sessions and Secretary of Homeland Security John Kelly.

Trump's preceding order faced legal challenges practically right away after its signing on January 27. A federal judge in Washington State issued a temporary restraining order halting the order on February three, a move that was later upheld by the 9th Circuit Court of Appeals on February 9.