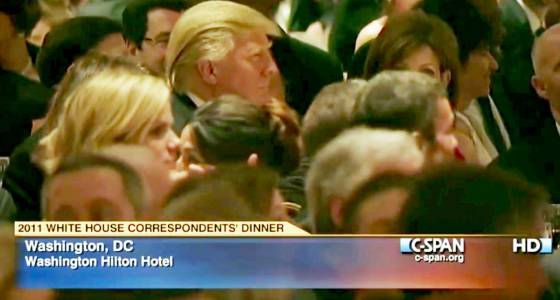 President Donald Trump will not attend the White House correspondents’ dinner this year.

He tweeted: I will not be attending the White House Correspondents’ Association Dinner this year. Please wish everyone well and have a great evening!

Questions about whether the dinner, an annual lighthearted gathering of journalists and the people they cover, typically headlined by the sitting president, was appropriate had already existed before Trump took office. Since his inauguration and his increasingly fraught relationship with the press, however, calls to boycott the annual event have grown louder.

In recent weeks, Trump has accused some news outlets of publishing “fake news” and called the media the “enemy of the American people.”

Trump has also slammed reporters for using anonymous sources. His frustration includes reports describing contacts between his campaign advisers and Russian intelligence agents, which the White House has disputed. Yet members of his staff regularly demand anonymity when talking to reporters.

Even before Trump’s tweet, this year’s dinner was going from fizzy to flat faster than a glass of warm champagne.

As celebs stay home and some media organizations give the dinner a pass under the media-hostile Trump administration, Bloomberg decided to cancel its annual afterparty, long considered one of the weekend’s most exclusive bashes.

The move, first reported by Axios, came after Vanity Fair, which had co-hosted it for years, dropped its sponsorship. And so ends the annual rite of wangling a ticket to the soirée, where cabinet secretaries and ambassadors cozied up to Hollywood heavyweights. The New Yorker this month also scrapped its dinner-eve bash.

Liberal comedian Samantha Bee announced in January that she was planning an alternative event on the same night for “journalists and non-irritating celebrities from around the world.” (Its tentative name: “Not the White House Correspondents’ Dinner.”)

With files from The Associated Press and Bloomberg

With files from The Associated Press and Bloomberg