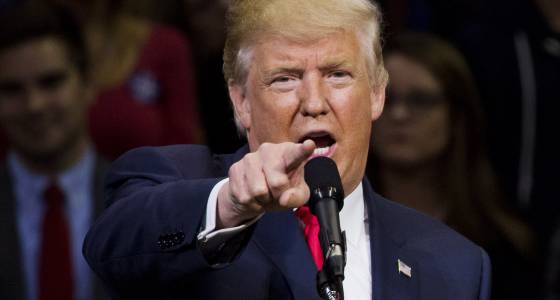 Trump’s harsh words for Sen. Sanders followed a Twitter exchange Saturday in which the Vermont Democrat mocked the size of the President’s inauguration crowds.

Perez gained the backing of several Obama administration alums, including former Vice President Joe Biden and former Attorney General Eric Holder–and was even rumored to be on Hillary Clinton’s short-list for VP during the summer of 2016.

Trump’s diatribe against Perez’s “rigged” election came less than a day after he took to the same forum to congratulate the new DNC Chair for his win.

“Congratulations to Thomas Perez, who has just been named Chairman of the DNC. I could not be happier for him, or for the Republican Party!” Trump wrote Saturday afternoon.