President Trump adopted President Obama’s language of education being “a civil rights issue” — but in an interview with The Post, the education secretary acknowledged that he has “not yet” followed through on his promise of school choice.“Education... 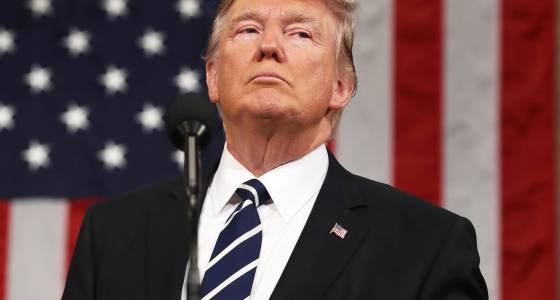 President Trump adopted President Obama’s language of education being “a civil rights issue” — but in an interview with The Post, the education secretary acknowledged that he has “not yet” followed through on his promise of school choice.

“Education is the civil rights issue of our time,” Trump said Tuesday in an address to a Joint Session of Congress.

The language mirrored Obama’s own, word for word, from a speech he gave in April 2011. But Trump called for a school choice solution, whereas Obama did not.

“I am calling upon members of both parties to pass an education bill that funds school choice for disadvantaged youth, including millions of African-American and Latino children,” Trump said in his speech.

Education Secretary Betsy DeVos heralded Trump’s commitment in an interview with The Post.

“This is the first time we’ve had a president call for and then really follow through and make good on the promise to actually enact something that will give millions of parents choices,” DeVos said.

DeVos conceded that Trump had “not yet” followed through on his promise for school choice.

“Not yet. He’s the first president to have called for and articulated it in a State of the Union speech,” she added, misidentifying Tuesday night’s speech.

Asked about how the new policy planned to be paid for, DeVos said the exact plan is still in the works.

“There isn’t a specific policy proposal that he announced tonight. And I’m sure that will be working on that with him and the administration in the coming the days,” she said.