Galleries Videos CONTACT ADVERTISE
Famagusta 25°
clear sky
BUSINESS EDUCATION ENTERTAINMENT HEALTH POLITICS SCIENCE SPORTS TECHNOLOGY
12:08 Guide To Online Sports Betting: How To Choose A Sportsbook
08:28 What Are Some Reasons to Consult a Brain Injury Lawyer?
09:24 Blockchain Solutions for Enterprises: How To Increase Efficiency And Profitability
07:06 How To Deal With A Car Crash In New York
17:43 Tips to keep in mind while choosing the casino site
11:34 Relation Between Employee Theft and Pre-employment Screening Check
04:37 Search your own desired site to play sports for betting
18:00 Top 3 Career Path Options for Business Analysts Preview
15:35 The history of Imen Jane, who is the influencer and the charges on the...
18:48 Sebastian Vettel's Greatest Races
BIST
1124
GOLD
458.712
USD
7.6460
GPB
9.7865
EUR
8.8844
Breaking News
Top 3 Career Path Options for Business Analysts Preview
Close

In the Trump administration, the buck apparently stops anywhere but the Oval Office.President Trump on Tuesday blamed the military for the death of Chief Petty Officer William “Ryan” Owens, a Navy SEAL who was killed in a Jan. 29 botched raid on Islamic... 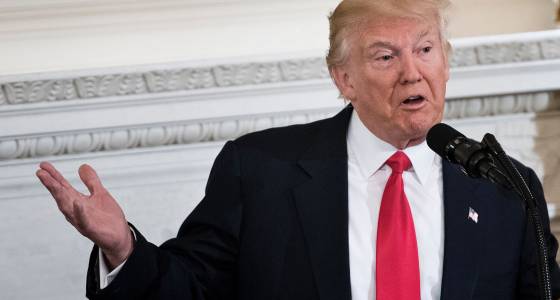 In the Trump administration, the buck apparently stops anywhere but the Oval Office.

President Trump on Tuesday blamed the military for the death of Chief Petty Officer William “Ryan” Owens, a Navy SEAL who was killed in a Jan. 29 botched raid on Islamic terrorists in Yemen.

During an interview on “Fox ‘n’ Friends,” the commander-in-chief repeatedly said “they” — meaning the military — were at fault for the death of Owen, whose dad Bill refused to appear with Trump when his son’s body was returned to the US.

“This was a mission that was started before I got here. This was something they wanted to do,” Trump said.

“They came to me, they explained what they wanted to do. ― The generals, ―who are very respected, my generals are the most respected that we’ve had in many decades, I believe. And they lost Ryan,” he added.

“This was something that they were looking at for a long time doing, and according to [Defense Secretary Jim] Mattis it was a very successful mission. They got tremendous amounts of information.”

Trump said he could understand why Owens — who also called for an investigation into the raid — would not want to meet with him.

“I can understand people saying that. I’d feel ― ‘What’s worse?’ There’s nothing worse,” he added.

Owens had blasted Trump for authorizing the raid barely a week into his presidency.

“Why at this time did there have to be this stupid mission when it wasn’t even barely a week into his administration,” he told The Miami Herald.

While Trump and White House spokesman Sean Spicer have repeatedly called the operation a roaring success, US officials told NBC News on Monday that the raid produced little if any useful information.

In addition to Owens, 25 civilians including women and children were killed, as were numerous terrorists. Four other Americans were wounded and a $70 million Bell transport helicopter was lost.

Sen. John McCain had also questioned whether the mission was a success — prompting a predictably vituperative Twitter-storm from the president.

“Sen. McCain should not be talking about the success or failure of a mission to the media. Only emboldens the enemy! He’s been losing so long he doesn’t know how to win anymore, just look at the mess our country is in – bogged down in conflict all over the place. Our hero Ryan died on a winning mission (according to General Mattis), not a ‘failure.’ Time for the U.S. to get smart and start winning again!” Trump crowed in a series of three early morning tweets on Feb. 9.

Presidents historically accept responsibility for their decision, with President Harry Truman famously plopping a sign reading “The Buck Stops Here” on his desk in the Oval Office.

Presidents Kennedy, Reagan, Bush senior and junior and Obama all adhered to that dictate when crisis struck.

“I’m the president. And I’m always responsible,” Obama said after an attack on a US consulate in Benghazi in which four Americans including the US ambassador were murdered.