CLEVELAND, Ohio -- A suspected member of the Heartless Felons gang accused in several 2015 carjackings in Cleveland's Tremont neighborhood and a string of gang-related shootings has now been charged with aggravated murder. A Cuyahoga County... 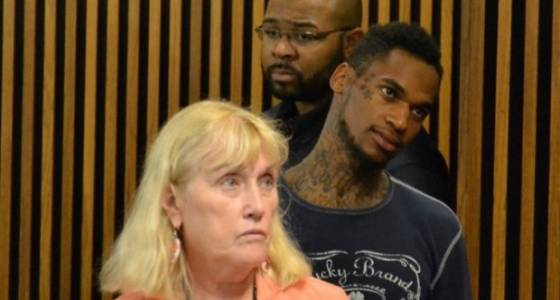 CLEVELAND, Ohio -- A suspected member of the Heartless Felons gang accused in several 2015 carjackings in Cleveland's Tremont neighborhood and a string of gang-related shootings has now been charged with aggravated murder.

Davis was driving his girlfriend's Oldsmobile Alero on Cable Avenue near Adolpha Avenue in Cleveland's North Broadway neighborhood about 2:30 p.m. that day. Two men emerged from the back yard of a white house and opened fire on the car, police say.

The shooters ran through the backyard of a neighboring home and onto Portage Avenue.

Officers found Davis slumped over the steering wheel. He died at the scene.

He is scheduled for a March 14 arraignment.

The killing came during a months-long string of violence between two subsets of the Heartless Felons street gang in the city's Broadway and Fleet neighborhoods, investigators say.

Palmer pleaded guilty in June to his role in one of those retaliatory shootings. He was involved in a Aug. 12, 2015 drive-by shooting that injured Brad Bradford, another Heartless Felons member and was sentenced to seven years in prison.

Palmer is also one of five men charged in federal court with carrying out several armed carjackings in Cleveland's Tremont neighborhood during the same time period.

He is set to face trial on those charges later this month.

To comment on this story, please visit Wednesday's crime and courts comments page.