Wrongful entrustment, SR 91: At 1:40 p.m. Feb. 18, police received a call about an erratic driver on eastbound US 422. When the car got off the freeway, a traffic stop was made. It was found that the driver, a Cleveland man, 22, had no driver's license and... 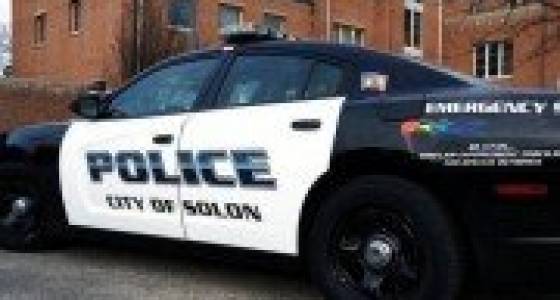 Wrongful entrustment, SR 91: At 1:40 p.m. Feb. 18, police received a call about an erratic driver on eastbound US 422. When the car got off the freeway, a traffic stop was made. It was found that the driver, a Cleveland man, 22, had no driver's license and was wanted for robbery in Cleveland and for not paying fines in Strongsville.

He was arrested and charged with driving without a license, no license plate illumination, failure to drive in marked lanes, and possession of marijuana.

The car's owner, a Cleveland woman, 22, was in the car's front passenger's seat. She was charged with wrongful entrustment for allowing the man to drive her car.

In the back seat was a Cleveland man, 23, who was arrested and held on two warrants, one through the Cuyahoga County Sheriff's Department for flight to avoid arrest, and the other through the Ohio Department of Corrections for a parole violation stemming from a robbery conviction.

He was charged with OVI, prohibited BAC and speeding.

The theft took place sometime between Feb. 17 and 20. Police are investigating.