After a big win last night at home against the Los Angeles Kings, the Minnesota Mumps have arrived north of the border in Winnipeg for another clash with the Jets.Good morning from MTS Centre, where so far nobody else has been diagnosed with the plague."Everybody’s... 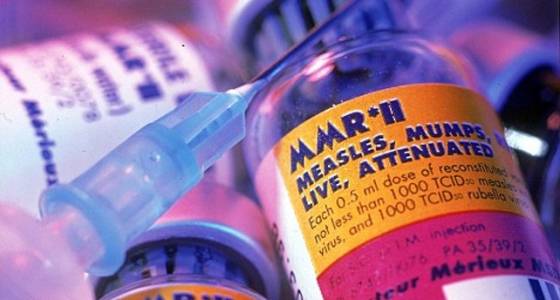 After a big win last night at home against the Los Angeles Kings, the Minnesota Mumps have arrived north of the border in Winnipeg for another clash with the Jets.

Good morning from MTS Centre, where so far nobody else has been diagnosed with the plague.

"Everybody’s healthy as of this moment," said coach Bruce Boudreau, not referring, obviously, to Zach Parise and Jason Pominville, who are in a padded room somewhere (not really).

"We might have a couple surprises that I don’t want to see by gametime, but right now everybody’s healthy."

Boudreau joked that he hopes he doesn't get the mumps: "I’m already fat enough. I don’t need to get lumpy any more."

On playing back-to-back after being off on vacation for five days, Boudreau said, "They’ll just have to dig deep. It’s going to be quite a test against a team that went on the break playing pretty good and at the same time had a couple days of practice," not had to practice at 5 p.m. the night before back-to-back games.

If you read by piece on the dumb bye weeks a couple Sundays ago, one big issue teams have with these breaks is there's no uniformity. Some teams start on the road, some at home, some teams can't practice, some teams can at 5 p.m. the night before playing, some teams like Winnipeg had a couple days to practice after the bye.

That's what Boudreau was referring to.

Darcy Kuemper vs. Connor Hellebuyck, who is starting his seventh in a row.

Kuemper is 2-0-1 in his past three, including last making 34 saves in a win over Dallas.

Of the Jets seven regulation losses against the Central Division, three have come against Minnesota.

Tyler Graovac will indeed play his fourth game in four days, something he said he did his last year of juniors with the Ottawa 67s. Boudreau hasn't heard of a pro player during that since his '97 Mississippi team.

Graovac will likely move to third-line left wing. Erik Haula didn't look comfortable there, and Graovac playing wing would mean less skating and maybe more energy with so many games and so much travel lately. I'll write more about this tomorrow.

Haula will move to fourth-line center, I think.

Christian Folin in for, I assume, Nate Prosser.

On Martin Hanzal and Ryan White (a Brandon, Manitoba, native who will have his parents and sisters in the stands tonight), Boudreau said he's trying not to inundate them with too much systems information. They had a little, brief video session this morning.

"I just think letting them play to their strengths and not trying to inundate them with 100 different things that we do that was different than what they do [is the way to go]," Boudreau said. "Everybody at this level has all grown up playing hockey. They know how to play. It’s just giving them a couple little pointers that we might do that’s different than Phoenix, and then let them play and go at it. They’ll learn as time goes on.

"Over time they’ll get down pretty well. Right now I don’t want them thinking too much because then they don’t play the way they can play."

"If we didn’t make that move, not only us, would Iowa be able to field a team the way they’ve been decimated," Boudreau said, referring to how Iowa has lost Teemu Pulkkinen, Zac Dalpe, Graovac, Grayson Downing, Mario Lucia and Kurtis Gabriel recently to trade, waivers, callup, injury and suspension. "The timing was right, I’m glad Chuck didn’t wait til Wednesday because it certainly helped us because we needed the two points [yesterday]."

As I said, I chatted with Graovac about his crazy few days for tomorrow's game notebook. Same thing with White, who along with Hanzal, doesn't even get to see Minnesota because they arrived so late yesterday and are already on the road.

He basically said going to Minnesota feels like part of a road trip, but that this is good because it forces White and Hanzal to get to know their new teammates rather than getting their lives in order right now.

Talk tonight. I'll be on Fox Sports North during the pregame show and first intermission.