Weapon fired, East Overlook Road: At 9:20 p.m. Feb. 20, police were called to the scene of a fight. A witness said 12-14 young people were gathered while two young adult women fought. During the disturbance, a shot was fired. Police spoke with three of the... 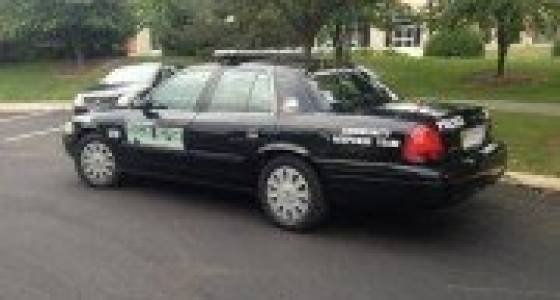 Weapon fired, East Overlook Road: At 9:20 p.m. Feb. 20, police were called to the scene of a fight. A witness said 12-14 young people were gathered while two young adult women fought. During the disturbance, a shot was fired.

During the fights, a pit bull puppy got out of the nearby house of the former girlfriend. The former boyfriend took out a gun and shot at the dog, missing it. He was also said to have waved the gun around recklessly. At this time, the crowd dispersed.

Police charged the former boyfriend, 20, with discharging a firearm and possessing a weapon under disability. The man's new girlfriend could not be located.

Grand theft, Mayfield Road: At 3:20 p.m. Feb. 16, police were called to Honda Motorcars, 2953 Mayfield Road, where it was reported that a subcontractor working in the detailing shop had stolen four chrome tire rims. The rims were valued at between $1,800-$2,320.

When the contractor returned to work, he was arrested and charged with grand theft.

The employee, a woman, later admitted to also taking a deposit on Feb. 11 that amounted to $2,020. The Feb. 11 money was recovered in its deposit bag.

In addition, the woman was found to be wanted on a Cleveland Heights police warrant.

Theft from auto, Helmsdale Road: On Feb. 19, a man informed police that someone entered his car as it was parked the previous night in his driveway and stole his handgun from the car's door compartment.

Police were able to obtain fingerprints from the compartment and are investigating.

Police found the boy lying in shrubbery in front of the library. The boy was charged with criminal trespass as it was found that police had been called three times prior to deal with him after he'd trespassed at the library. He was turned over to his mother.

Theft, Mayfield Road: At 2:40 p.m. Feb. 21, the manager of Dave's Supermarket, 3628 Mayfield Road, went to the police station to report an employee-involved theft.

The manager stated that, two days earlier, a female employee was seen taking $500 from a cash register and putting it in her pocket just before leaving the premises. The woman did not return to work during the next two days.

Disturbance, North Taylor Road:  At 4:45 p.m. Feb. 16, a boy, 16, told police he was walking southbound on Taylor Road when he was approached by a group of six or seven males. The boy said one of the males hit him from behind on the head, causing him to fall to the ground. Once on the ground, the other males proceeded to hit him.

Police observed that the boy had cuts on his face. The boy said he could not identify his attackers.

Disturbance, Cedar Road: At 3:05 a.m. Feb. 19, a woman reported that she and her boyfriend were sleeping in their bedroom when the man awoke, upset at her friendship with her child's father. An argument ensued and then a brief physical struggle took place.

The man left and soon returned, only to leave once more when told police had been called.

Neither party was injured or wanted to pursue the matter with police.

Criminal damage, Cedar Road: At 7:30 p.m. Feb. 20, a female informed police that, three days earlier, she left work at Dave's Supermarket, 12438 Cedar Road, to find that someone had scratched the doors, hood and windows of the car she was driving. The female suspected a female friend of causing the damage and confronted that friend. The friend admitted to using a coat hanger to cause the damage.

The car belonged to the victim's father. The father signed a complaint against the friend. A warrant was issued for the friend's arrest.

It was learned that the couple had recently ended their relationship and the man went to the woman's house to discuss the matter. During the discussion, an argument escalated into a physical struggle.

Neither party was injured. Because both were seen engaging in a physical struggle, both were cited for disorderly conduct.