CLEVELAND, Ohio -- To close out Black History Month, PBS presents the three-night, six-hour documentary, "Africa's Great Civilizations," which is written, produced and hosted by Dr. Henry Louis Gates and airs February 27 from 9-11 p.m. EST. In an... 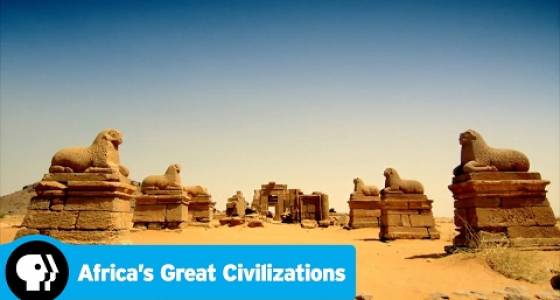 In an effort to chronicle Africa's history from a firmly African perspective, Dr. Gates travels extensively across the continent - from the city of Great Zimbabwe to the pyramids of the Kingdom of Kush in Sudan; from the rock-hewn churches of Lablibela in Ethiopia to the Blombos Cavies in South Africa; as well as the continent's oldest university in Fes.

"Africa is the ancestral home to the human community and to many of the pivotal breakthroughs in the history of civilization, yet the continent continues to be stereotyped as an isolated and underdeveloped region in the mind of outsiders, devoid of any profound historical achievements," says Gates.

"We made this series to end this ignorance about the African past, to reveal how Africans not only shaped the history of their continent, but also how profoundly and how extensively Africa has shaped the contours of our modern world."

The remaining installments of "Africa's Great Civilizations" will air Wednesday, March 1 and Thursday, March 2 at 9 p.m. ET on PBS.