Thorny skate will not be added to endangered species list

PORTLAND, MAINE -- The thorny skate's population may have declined, but not by enough to justify listing it under the Endangered Species Act, the federal government has ruled. Environmental groups had argued that the bottom-dwelling fish's population loss... 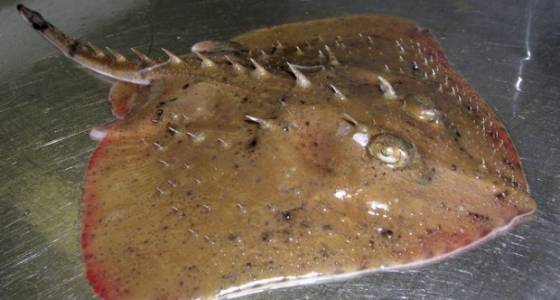 PORTLAND, MAINE -- The thorny skate's population may have declined, but not by enough to justify listing it under the Endangered Species Act, the federal government has ruled.

Environmental groups had argued that the bottom-dwelling fish's population loss in the northwest Atlantic Ocean was considerable enough to afford it protections set aside for endangered animals. But the National Marine Fisheries Service disagrees.

The agency agreed with the petitioners that surveys of the skate have declined over time. Recent catch surveys show less than 5 percent of the peak they reached in the 1970s, the report stated.

However, the skates "remain numerous throughout the greater portion of their range, numbering in the hundreds of millions," the report stated.

The thorny skate ranges from Greenland to South Carolina. Animal Welfare Institute and Defenders of Wildlife called on the federal government to offer the fish Endangered Species Act listing, which could've led to habitat protection or new fishing restrictions.

The skates live in the Gulf of Maine, a key commercial fishing area, and the call to protect them generated some resistance from fishing groups.

Tara Zuardo, an attorney for Animal Welfare Institute, said Saturday that the group is disappointed by the government's ruling, and disagrees that the skate is not being subjected to overfishing.

"Climate change and other factors continue to impact this species," Zuardo said.

Fishermen have been prohibited from harvesting the thorny skate commercially since 2003. The fish are sometimes taken as bycatch in other fisheries, including by vessels that seek cod and some that seek other skates.

Skates have commercial value as bait as well as food, with the meat frequently appearing as "skate wing" on menus. It tends to be a little less expensive to consumers than other kinds of fish.