Think Easton fumbled its football-coach process? Here's who to blame

What should have been a proud day for Easton Area High School and its football program turned instead to something unexpected -- one of suspicion, criticism and finger-pointing, school district officials admit. The hiring process for the new coach put... 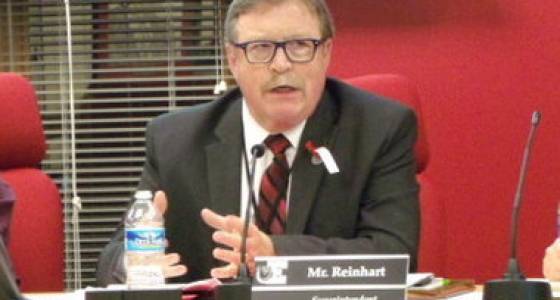 What should have been a proud day for Easton Area High School and its football program turned instead to something unexpected -- one of suspicion, criticism and finger-pointing, school district officials admit.

The hiring process for the new coach put the superintendent and school board president at odds, with board President Frank Pintabone raising his voice and slamming Superintendent John Reinhart's door as he stormed out a day or two after the hiring of Jeff Braido.

Braido was hired three days after the athletic director told lehighvalleylive.com the selection committee was nowhere near reaching an agreement.

Some rabid Red Rovers fans wondered: Was the coaching search a charade? Did Braido benefit from his connections? (His wife works for athletic director Jim Pokrivsak and brother-in-law Kyle Geiger is the high school principal; both men were on the coach selection committee.)

Reinhart said the school district went with Braido for a different reason: Because he earned it.

Coming to a consensus

So why hire him so abruptly when a decision was supposed to be at least a few weeks if not a month away?

Reinhart said the selection committee had time to talk during an in-service day on the day before the Feb. 21 school board meeting. They agreed Braido was their man faster than anyone expected, Reinhart said.

Criticism over the hiring process should be directed squarely at Reinhart and not anyone else, he said.

"When I was told they had consensus around an individual, I believed it was in the best interest of our kids and our program to move this on," he said.

Braido took questions in private from the school board and was hired last Tuesday night. That will allow him more time to hire a staff and prepare for spring strength training than if the board would have waited until March to vote, Reinhart said.

While Pintabone agrees with Reinhart that Braido was the best candidate for the job, he strongly disagreed with putting him up for a vote on Tuesday. He said he pleaded with Reinhart and the school board before last week's meeting to wait.

"I said 'We are going to get hammered if we put this on the agenda,'" Pintabone said.

Even if the decision were made for the right reasons, a quick vote would only fuel speculation that the decision was made due to nepotism and without due consideration, Pintabone said. He had told members of the community there would be no vote on the coaching hire.

When a backlash came, Pintabone made it clear to Reinhart that he regretted going along with the board majority and taking the vote on Feb. 21.

Some have questioned the lack of public input in the hiring process. But Reinhart said if you want the best coaching candidates, you can't make it a public process. The best candidates don't want the schools they're coaching for now to know they are interested in moving on, especially if they're not hired for the new job.

"While everyone thinks this should occur in the public there are many reasons why it can't," Reinhart said.

The less open the process is, the more the public may speculate about the motives for hiring a coach. Reinhart said he understands that but wants the Easton community to know he and the members of the selection committee (he declined to name them) made the choice they believe will give the Red Rover student-athletes the best chance to succeed.

"Do people really think we could do something so sinister?" Reinhart asked. "Why would we not want to pick the very best person available to us? None of us wants the program to fail. We all have an investment in this."

'He has tremendous strength'

Reinhart said Braido, a longtime assistant coach and ninth-grade history teacher at Easton, is already proving himself to be the best choice through the way he's handled the heat.

'It means the world to me.' Braido hired as new Easton football coach

"He's handling this stress very well," Reinhart said. "He has tremendous strength and patience and loyalty. He is moving this program forward. I'm sure that there are many happy young athletes at the high school glad to know that he's as enthusiastic as he is."

Braido is an Easton lifer who will replace Steve Shiffert, the legend under whom he learned, Reinhart said. He's a 1988 graduate who on the night he was hired described the confidence placed in him as a dream come true.

"It means the world to me," he said moments after he was introduced at the school board meeting.

Where critics say the Easton school community breeds nepotism, Reinhart believes it breeds a passion and pride and a culture you won't find in any other school district around.

Reinhart said he does his best to make sure job candidates don't get an unfair advantage through district connections. And he said he wants to maximize the positives of being a longtime Rover because he's witnessed the benefits.

The former Bangor schools principal and superintendent came out of retirement in 2013 to lead Easton schools, where he started his career as a teacher in the 1970s.

"I think affection and loyalty from people within the school district, I think that's a a positive," he said.