These are the most (and least) stressed states in the U.S.

Stressed out on the job? Me too. So, I can't say I was surprised to hear Illinois ranked 11th for work-related stress, according to a new survey of the most and least stressed states by WalletHub, the personal finance website based in Washington, D.C.What... 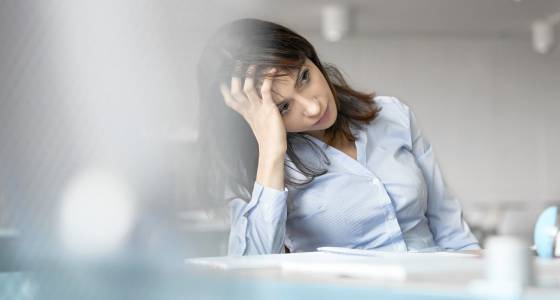 Stressed out on the job? Me too. So, I can't say I was surprised to hear Illinois ranked 11th for work-related stress, according to a new survey of the most and least stressed states by WalletHub, the personal finance website based in Washington, D.C.

What did surprise me — and might earn a double take from you, was that the Land of Lincoln did fairly well on other stress factors listed on the survey, managing to be mostly in the middle of the states in terms of money-related stress (35), family-related stress (32) and health and safety-related stress (37).

Overall, Illinois ranked 32 of the 50 states, plus the District of Columbia, in terms of stress levels. Alabama came in first overall; Minnesota was last.

The WalletHub report, written by Richie Bernardo, notes a general uptick in stress nationwide after stress levels dipped to their lowest point in a decade in 2016.

"During the 10-year period when stress was declining, Americans commonly identified 'money, work and the economy' as their biggest sources of worry. Today, however, Americans also report increased anxiety over the election outcome, current political climate, uncertainty of our nation's future and fear of violence," Bernardo wrote.

Before you pack up and head to Minnesota, learn how to manage your stress.

Stress management can help prevent heart disease, depression and high blood pressure, according to the U.S. Department of Health and Human Services. Stress can be reduced by planning ahead, taking time to relax, eating healthy, being active and talking to friends, according to the Health Department website.

Other notable findings were:

• Alaska residents, on average, work the most hours per week; Utah residents the least.

A survey like this has to have some fun esoteric stuff, and WalletHub obliges. Louisiana has fewest psychologists per capita, according to the survey, while the District of Columbia has the most. Hawaii residents get the least number of sleep hours per night, on average, while those in South Dakota get the most.

For more details (and possible reasons to brag and/or cringe) check out the survey findings here.

Are you crossing the line with your work spouse?

Vinyl is back in a big way. Now get the right turntable.