'The Walking Dead' Season 7: Who helped Daryl escape the Saviors?

CLEVELAND, Ohio - One of the mysteries left over from the first half of "The Walking Dead" Season 7 was who helped Daryl escape from the Saviors' sanctuary. Daryl's aid came in the form of a letter urging him to "Go Now," and then leaving a clear path... 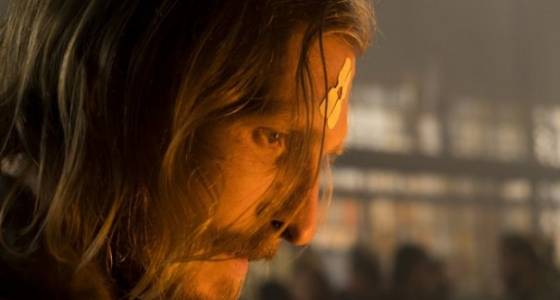 CLEVELAND, Ohio - One of the mysteries left over from the first half of "The Walking Dead" Season 7 was who helped Daryl escape from the Saviors' sanctuary.

Daryl's aid came in the form of a letter urging him to "Go Now," and then leaving a clear path for his escape.

During Sunday night's episode titled "Hostiles and Calamities," we found out who left that message and it doesn't sit well with Dwight, Daryl's nemesis.

Dwight comes across the letter and immediately recognizes the handwriting. Once we find out Sherry has escaped the sanctuary, it becomes clear that Dwight's ex-wife turned Negan's lover was behind Daryl's escape.

Dwight would go on to frame Dr. Emmett Carson, who would pay the price courtesy of Negan. You can read Sherry's note confirming her role in Daryl's escape that she left for Dwight at their old house below:

"We always said that if we got separated I should come back here and wait for you. You'd show up with beer and pretzels. You remember that? I know. You probably don't. You always said that when we started dating you forgot to tell me you had a shitty memory. You used to get so frustrated by it. Knowing you wouldn't remember those good days. Those special days. I felt bad for you. I remember there was so much you wanted to hold onto and then it'd be gone. But you're lucky you don't remember things, D. I wish I could wait for you now, but I don't know if you would come with me or take me back or kill me. You didn't want to live in that world and I made you. I did what I did because I didn't want you to die. But now you've killed and become everything you didn't want to be and it's my fault. You were better than me. Most people are. I let Daryl go because he reminded you of who you used to be. And I wanted to let you forget. I don't think I'm going to make it out here. But you're wrong. Being there isn't better than being dead. It's worse. I hope you realize that. I hope you get away. I hope you remember the good days. Even just one of them. But I don't think you will. I don't think you'll ever read this. I loved who you were. I'm sorry I made you into who you are. Goodbye, Honey."