The Latest: 50 years after win, Andretti back at Daytona 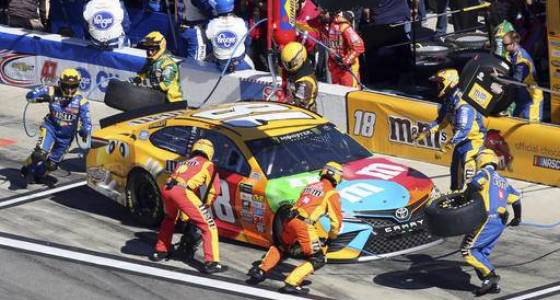 Mario Andretti is at Daytona as an honorary race official, 50 years after his victory in "The Great American Race."

Andretti won the 1967 Daytona 500 and is one of only four drivers to win both the 500 and the prestigious Rolex 24 sports car race. He joins AJ Foyt, Jamie McMurray and Jeff Gordon in that club.

Andretti is a fixture in IndyCar, and his visits to NASCAR are rare. But he understands this race is the equivalent of the Indianapolis 500 and a Daytona 500 victory carries the same weight on a drivers' resume.

"There are many drivers who are deserving to win, and never win the big ones," Andretti said. "I guarantee during the driver meeting, there is more tension than any other race. This is the crown jewel of NASCAR. The winner of today's race will have a big, big feather on his or her hat."

Daytona International Speedway officials presented Andretti with a painting of his two winning cars at Daytona.

Denny Hamlin is trying to join an exclusive club of repeat Daytona 500 champions.

Hamlin is in solid shape in the No. 11 Toyota to be a contender to repeat. He won a 150-mile qualifying race last week and starts fourth.

The Daytona 500 will have perfect weather.

The high is expected to be 67 degrees in Daytona Beach, with clear skies, plenty of sunshine and zero chance of rain.

NASCAR's season opener was delayed by rain twice in the last five years, getting pushed into prime time in 2014 and postponed to Monday in 2012.

The exhibition Clash at Daytona last week was postponed a day because of heavy rain.

The 59th running of the Daytona 500 begins Sunday afternoon, with Chase Elliott on the pole for the second consecutive year. Although Elliott had the fastest car in qualifying, Hendrick Motorsports teammate Dale Earnhardt Jr. is getting most of the attention. Earnhardt is returning from his fifth documented concussion, the latest costing him half of last season.

Earnhardt will start alongside Elliott on the front row of "The Great American Race."

Others to watch in the season opener - NASCAR's most prestigious race - include Brad Keselowski and Joey Logano. The Team Penske teammates won three of four restrictor-plate races last season.