Catching you up on overnight happenings, and what you need to know today.6 Months Ago8 Months Ago4 Months Ago• Today brings a sunny and warm start to the workweek, with southeast winds pushing the high to 82 degrees, according to 10Weather WTSP. There's... 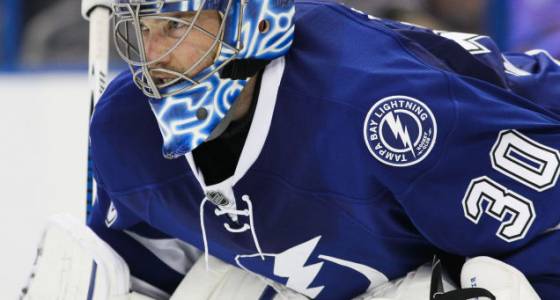 Catching you up on overnight happenings, and what you need to know today.

• Today brings a sunny and warm start to the workweek, with southeast winds pushing the high to 82 degrees, according to 10Weather WTSP. There's little chance for rain until Thursday, and then it will be only 20 percent.

• As you head out for your morning commute, check out our live blog for the latest traffic updates and road conditions across Tampa Bay.

• Oh, Oscar, even when you do something right it goes so wrong. Sunday night the Academy Awards weren't so white for a change, capped by the extraordinary selection of Moonlight as 2016's best picture, film critic Steve Persall writes. Read more about the colossal mishap, and check out our staff's observations on the fashions and Oscars subplots in our live blog.

• The Tampa Bay Lightning traded Ben Bishop, the best goalie in the franchise's history, to the Los Angeles Kings on Sunday. With the NHL trade deadline looming Wednesday, follow tampabay.com/sports for the latest.

• Congress returns to work today to confront momentous decisions on health care and the Supreme Court that may help determine the course of Donald Trump's presidency. Trump will be meeting with governors today at the White House. He says "perhaps health care will come up," a nod to the effort in Congress to repeal and replace the sweeping health care law approved under former President Barack Obama.

• In Florida, there are more than 110 operating craft breweries, the industry having a $2 billion-a-year impact on Florida's economy, according to the Brewers Association. And independent craft breweries now represent 12 percent of the beer industry as a whole. The problem? A lack of ingredients. Laura Reiley explains how hops could be Florida's next "big crop.

• Rep. David Richardson, D-Miami Beach, has been on a one-man mission to force change in Florida's troubled prison system. The latest incident: The 284 women housed in C-dorm at Gadsden Correctional Institution lived for months without hot water or heat, faced flooded bathrooms daily and endured water rations when the septic tanks were jammed with food waste.

• The St. Petersburg-Habana Yacht Race was more than just a sporting event for the McMasters family. It was part of their identity. Paul Guzzo tell their story.

• In a world beset by warfare and increasing tension, more nations see what U.S. commandos have accomplished and want to emulate their success. Howard Altman explains how Tampa attracted nations seeking to replicate the U.S. special operations' success.

• The Senate today is expected to confirm another of Trump's Cabinet nominees: Wilbur Ross, 79, as secretary of commerce. But Ross still hasn't answered questions from six Democratic senators, led by Bill Nelson of Florida, about his ownership of a Cyprus bank that caters to wealthy Russians.

• Ruby C. Williams, Florida's folk art matriarch, regaled an audience of well-wishers at an Athena Society event in Bealsville's historic Glover School, Ernest Hooper writes. Williams, who keeps her age a closely guarded secret, shared her thoughts on being the great-great-granddaughter of one of the 12 founders of Bealsville, a community south of Plant City founded 152 years ago by former slaves. She spoke of her love of the land, her adoration for farming and the quaint appeal of her remarkable paintings.

• Several Pasco County parents have fought for months to stop their School Board from imposing new school attendance zones, saying the process has been flawed at best. Today, they will argue before a state administrative hearing judge that the board did not follow its own policy or Florida law when creating the new boundaries, which are scheduled to take effect in the fall. Follow Jeff Solochek @JeffSolochek for updates.

• Plan your week! Here are the top things to do this week in Tampa Bay including the opening of the Florida Strawberry Festival and its sweet music lineup and the top skateboarders in the world competing in Tampa.