CaptionCloseAUSTIN, Texas (AP) — The Texas Senate on Tuesday approved a call for a convention to amend the U.S. Constitution to limit federal power via checks such as a balanced budget rule and term limits — a call which the state's top Republicans... 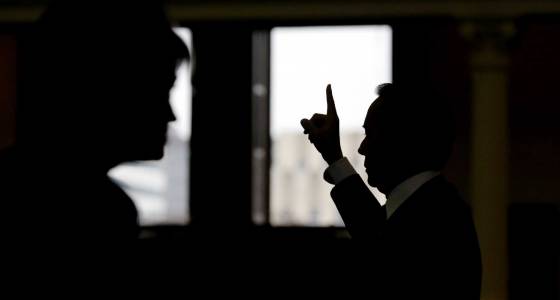 AUSTIN, Texas (AP) — The Texas Senate on Tuesday approved a call for a convention to amend the U.S. Constitution to limit federal power via checks such as a balanced budget rule and term limits — a call which the state's top Republicans continue to support despite their party now controlling the White House and Congress.

Under Article V of the Constitution, adding an amendment requires a two-thirds congressional vote and then ratification by three-fourths of states, or 38. That brought the country all 27 constitutional amendments.

Because it's hard to imagine Congress making itself less powerful, a second option is two-thirds of the states, or 34, requesting a national convention to draft amendments. Any amendments would subsequently have to be ratified by at least 38 states.

America hasn't convened a constitutional convention since 1787 — one reason why, supporters say, every state except Vermont mandates a balanced budget but Congress doesn't.

"My party controls the Congress but the Congress does not have my trust," said Republican Sen. Brian Birdwell of Granbury, who added that the effort shouldn't be derailed just because Donald Trump won the last presidential election. "I believe, over the last several decades, that the federal government has treated the states as nothing more than a subcontractor to federal will."

The package of bills will soon head to the Texas House. Last session, lawmakers there approved convening a constitutional convention, but the proposal died in the Senate. Opponents worry that such a gathering could see delegates ignore stated goals and impose wholesale constitutional rewrites.

The Texas Democratic Party released a statement dismissing Tuesday's hours-long debate as a waste of time. But Texas Gov. Greg Abbott has become one of the nation's most-vocal advocates for a convention, championing nine specific reforms, including a federal balanced budget amendment and congressional term limits. He made it a centerpiece of his book last year and fast-tracked it through the Legislature this session.

How close a convention actually is depends on how you count. The Balanced Budget Amendment Task Force lists 28 states as already having passed resolutions calling for constitutional conventions, but that tally includes Texas thanks to past calls approved decades ago, when Democrats controlled the Texas Legislature.

In fact, Texas lawmakers have approved 16 past calls for constitutional conventions since 1899, including one to prohibit polygamy and one overhauling the Electoral College. In 1972, the Texas Legislature supported a convention to oppose forced busing to integrate public schools, while calls in 1977 and 1978 endorsed a federal balanced budget amendment.

The Senate's new proposal wipes out all of those previous calls except for ones seeking a federal balanced budget amendment. That could allow Texas to remain part of the 38 states already endorsing a constitutional convention for that purpose.

Texas also hopes to join a second effort known as the "convention of states" which seeks constitutional reforms limiting federal power beyond a balanced budget amendment, and which has already been endorsed by eight other states.

"We're looking at it as a long-term solution, not just for one administration or another," Tamara Colbert, Texas co-director of the Convention of States Project, said of conservatives nationwide potentially defying Trump and GOP-controlled Washington.

Republicans now hold majorities in enough state legislatures across the country that the party alone could potentially vote to convene a constitutional convention. But many tea party groups don't want it, worried about a "runaway" convention where liberal-state delegates target things such as the Second Amendment. The Texas GOP's 2016 platform even sated: "We oppose any constitutional convention."

Calling the Constitution "almost a sacred document," Republican Sen. Bryan Hughes of Mineola tweaked Tuesday's call to make it a felony punishable by up to two years in jail for convention attendees to vote for "unauthorized" constitutional changes.

"We can say to those future delegates at a convention, 'Tread lightly,'" Hughes said.