A retired imam from Scarborough who has worked closely with the Toronto District School Board on issues related to faith, equity and human rights has become the board’s newest trustee.The appointment of Abdul Patel, approved Wednesday night at a monthly... 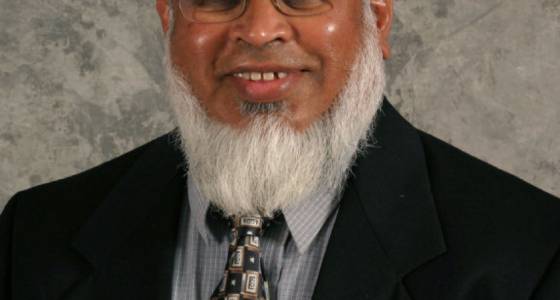 A retired imam from Scarborough who has worked closely with the Toronto District School Board on issues related to faith, equity and human rights has become the board’s newest trustee.

The appointment of Abdul Patel, approved Wednesday night at a monthly board meeting, makes him the third person to hold the trustee’s position for Scarborough-Rouge River since the last round of municipal elections in 2014.

Patel, 68, speaks four languages and describes himself as a full-time community volunteer, longtime Scarborough resident and father of three children who graduated from TDSB schools.

“I am ready to bring my energy and time to this important role and serve the residents of Ward 21 with integrity,” he said in a statement, adding that he wants to make sure “the same opportunities my children received in the public system are there for future generations.”

His appointment fills the seat vacated in February by Neethan Shan, who became a Toronto city councillor after defeating 28 other candidates in a byelection.

Shan held his trustee position for only a year, which he also won in a byelection held after nine-year trustee Shaun Chen ran for the federal Liberals in 2015 and became an MP.

With Shan’s departure, the board faced the choice of either holding another byelection, which is typically done when there are more than two years remaining in a four-year term, or appointing a replacement. Last month, trustees decided to appoint given the proximity of the 2018 election and the costs — between $220,000 and $320,000 for a byelection version a maximum of $50,000 for an appointment.

Patel, one of 91 applicants, brings some understanding of the board to his new role, which comes with an honorarium of $25,507 a year and a discretionary budget of $11,780. He helped develop the TDSB’s first faith accommodation guide, and is currently a member of its equity policy advisory committee.

Patel has also been a commissioner for the Ontario Human Rights Commission and a police chaplain.

He joins the board at a time when the 22 trustees are under pressure to cut costs amid rising demands for programs like special education. In Toronto, they are wrestling with the prospect of school closures in areas of low enrolment, while in other parts of the city, booming growth means schools are overcrowded and can’t accommodate new residents.

The Toronto board is not the only one filling positions. The scandal-plagued York Region District School Board is holding a byelection to replace former Georgina trustee Nancy Elgie, who resigned in February after a public outcry over her use of a racial slur while referring to a black parent last fall.

In March, the Durham District School Board mourned the deaths of two of its 11 trustees. This week, the board appointed Gordon Baxter to fill the vacancy following the death of trustee Elinor Hansen. The trustee seat in Oshawa remains vacant since the death of Larry Jacula.