Taste of the Upper West Side festival set to expand

The Upper West Side’s culinary scene has come a long way since the Taste of the Upper West Side began in 2007.This year, the famed food festival features more than 85 restaurants, including hotspots Black Tap Craft Burgers & Beer and Levain Bakery.The... 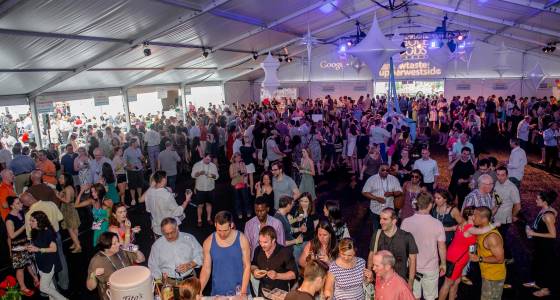 The festival begins with “Summer in the City: Surf & Turf,” on May 19, hosted by the Food Network’s Alex Guarnaschelli and TV food personality Adam Richman.

Guarnaschelli is the chef/owner of Butter, Midtown and downtown.

Newcomers to the event include Maison Pickle, The Fat Monk, Kirsh Bakery and Kitchen and Sugar Factory American Brasserie. Other participants include Momofuku Milk Bar, Shake Shack, The Meatball Shop and Han Dynasty.

“This will be our biggest food event yet,” said Donnie Evans, TUWS chairman.