Target Corp. warned that its fourth-quarter results would reflect a "softness" in store traffic — and they did.So much so that the Minneapolis-based retailer revised its growth plans and lowered its forecast for comparable-store sales this year.Its stock... 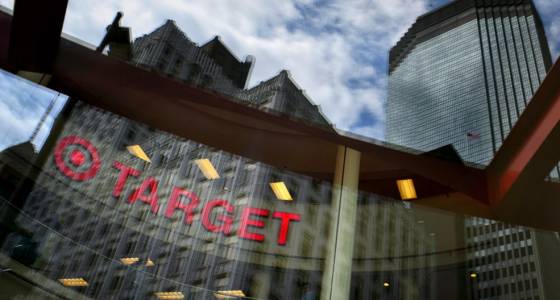 Target Corp. warned that its fourth-quarter results would reflect a "softness" in store traffic — and they did.

So much so that the Minneapolis-based retailer revised its growth plans and lowered its forecast for comparable-store sales this year.

Comparable sales in the fourth quarter, which included the holiday period, dropped 1.5 percent, at the low end of its revised forecast. Lower store sales were partly offset by a 34 percent increase in digital sales.

Profits dropped 43 percent to $817 million, compared to $1.4 billion in the same quarter a year ago. Adjusted for one-time items, Target reported earnings per share of $1.45, lower than the $1.51 analysts expected.

Target executives told investors on Tuesday that the retailer would lower prices and speed up plans to remodel stores and introduce private label brands in order to turn around the financial picture.

As a result, Target's revised financial model for 2017 includes taking a $1 billion hit to its operating margins to allow for the price rollbacks and other initiatives. The retailer adjusted earnings per share of $3.80 to $4.20, which is markedly lower than both the $5.01 it logged in 2016 and the $5.34 analysts were expecting.

For the upcoming year, Target said it now expects a low single-digit decline in comparable sales.

The forecast is a striking retreat from the retailer's previous growth plans. A year ago, Target executives told investors the company hoped to grow comparable sales by 3 percent or more by this year.

Executives did not provide guidance beyond this year as they have in the past, saying that the landscape was too "uncertain" to give realistic goals. After a year of investment followed by one of transition, Cornell said he expected the business to stabilize and to return to profitable growth by 2019.

Target's performance contrasts with that of Wal-Mart, which has seen sales and traffic steadily rising, including a 1.8 percent increase in comparable store sales during its fourth quarter.

While many retailers such as Macy's and J.C. Penney have announced plans to shutter stores, Target executives said they will continue to close just 10 to 15 underperforming stores a year as they have done in recent years.

They added that they see their stores as a key asset in that they double as fulfillment centers for online orders that are either sent to customers' homes or available for in-store pickup.

Cornell noted that most Target stores are in prime locations close to where most Americans live — and are not, he added, "in dying malls."