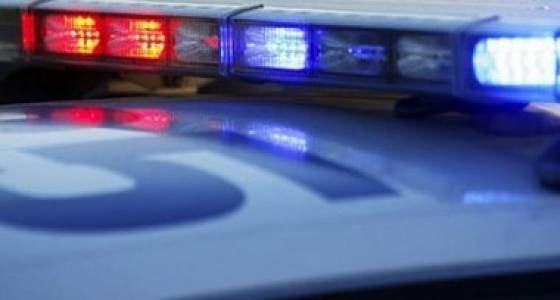 A Slate Belt man convicted of multiple felonies is facing more trouble after reportedly target-shooting near a neighbor's home.

Bushkill Township police just after 5 p.m. Friday responded to the home of Myer's neighbor for a male witness who reported Myer's pit bull dog was loose and on the property, court record say. The witness told investigators he had to jump on a pile of wood to get away from the dog so he didn't get bitten, police said.

The man also told police he was worried officers would be speaking to Myer because he often carried a firearm and performs target practice with a rifle toward the neighbor's house, records say.

Officers then found Myer standing on the sidewalk outside his home with a female, who was carrying an infant. An officer saw Myer holding what appeared to be a weapon in his right hand and watched as he went back inside briefly and returned without the suspected weapon, according to police.

Officers questioned Myer about his dog and the weapons complaints, and he allegedly admitted to carrying a firearm and engaging in target practice. He told them several firearms inside the home were registered to his fiancee, according to police.

Myer is charged with possessing a prohibited firearm. He is barred from possessing firearms following a January 2006 burglary in Morris County, New Jersey, as well as pleading guilty to several other felony charges in New Jersey, court records indicate.

Myer was arraigned before District Judge James Narlesky, who set bail at 10 percent of $5,000. In lieu of bail, Myer was taken to Northampton County Prison.

Myer has since posted bail, according to online records.