Talk It Out: Majority of Americans agree global warming is primarily due to human activities. What do you think?

CLEVELAND, Ohio - A recent Yale University study found the majority of Americans acknowledge the climate is changing; specifically that our warming planet is due primarily to human activities. A whopping 70 percent of Americans agree global warming is... 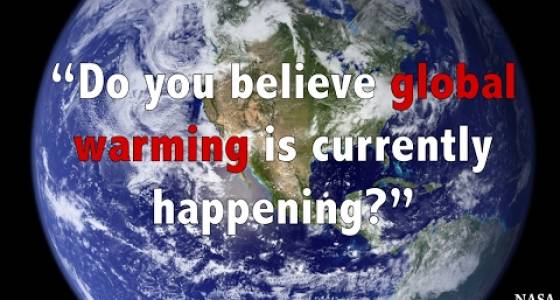 CLEVELAND, Ohio - A recent Yale University study found the majority of Americans acknowledge the climate is changing; specifically that our warming planet is due primarily to human activities.

A whopping 70 percent of Americans agree global warming is happening right now, but whether it's caused by human activities or natural influences, that's where some confusion sets in. Only 53 percent agree it's because of us.

This topic will be open for discussion from 11 a.m. to 1 p.m. today for our Talk It Out series.

Here's the science: the globe is warming because of the amount of heat-trapping greenhouse gases being pumped into the atmosphere. It's already settled in the scientific community; this human-influenced forcing does not even compare to natural effects.

Human versus natural influences on climate.NOAA

"The human impact on climate during this era greatly exceeds that due to known changes in natural processes, such as solar changes and volcanic eruptions," says the National Oceanic and Atmospheric Administration.

Yet Americans aren't quite as clear on their understanding, the Yale study shows. Here's what respondents said.

Trusting science: When examining the link between public and scientific opinion, the Yale study found 71 percent of Americans trust climate scientists about global warming, yet only 49 percent believe scientists agree global warming is happening - even though there is a substantial scientific consensus. According to NASA, "97 percent or more of actively publishing climate scientists agree: Climate-warming trends over the past century are extremely likely due to human activities. In addition, most of the leading scientific organizations worldwide have issued public statements endorsing this position."

Worrying about the future: About 58 percent of Americans are worried about global warming, and around 70 percent believe increasing global temperatures will harm future generations, and plants and animals.

Fixing the problem: People want policies to combat global warming and climate change: 82 percent agree there should be funding toward research into renewable energy sources, and 75 percent support regulating carbon dioxide as a pollutant. After all, carbon dioxide is one of the largest contributors to greenhouse gases stemming from the burning of fossil fuels.

Although the majority of Americans agree global warming is happening right now, and that it is mostly due to human activities, the subject is still nearly taboo, shows the result of the study. Only 33 percent discuss global warming occasionally, and only 24 percent hear about global warming at least once a week.

What do you think? Do you agree or disagree with the results of the study?

In our Talk It Out pre-curated conversation, comments are published after they are reviewed -- promptly -- to ensure they adhere to our community rules, which prohibit indecent, hateful, abusive or harassing comments, personal attacks, vulgar nicknames, personal information including telephone numbers and addresses, email addresses belonging to others, anything inciting criminal behavior and copyrighted material for which you do not own the rights.

Comments that are not on the topic of this discussion will not be published.

Criticism is fine, as long as it is respectful. We seek a robust and courteous discussion.

Keep checking cleveland.com/weather for daily weather updates for Northeast Ohio, and don't forget to submit any weather questions you may have!