Talk it out: can illegal voting be prevented by strict voter ID laws?

On Monday, Ohio Secretary of State Jon Husted's office announced that it had identified 82 non-U.S. citizens who illegally voted in recent elections. The office identified just over 300 non-citizens who are registered to vote in the state but who have not... 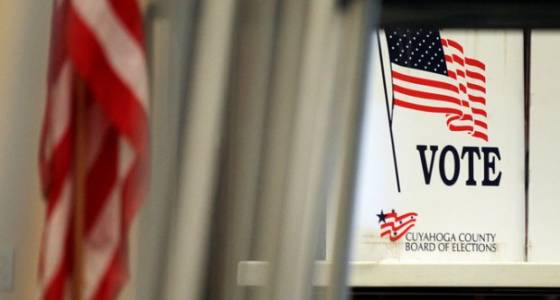 On Monday, Ohio Secretary of State Jon Husted's office announced that it had identified 82 non-U.S. citizens who illegally voted in recent elections.

The office identified just over 300 non-citizens who are registered to vote in the state but who have not cast ballots. Husted's office plans to send letters to these voters asking them to cancel their voter registrations.

The registered non-citizens were identified through a review of Ohio Bureau of Motor Vehicles records. The number only accounts for .04 percent of Ohio voters, and the 82 who voted illegally in the November 2016 elections make up .0014 percent of the total votes cast.

"In light of the national discussion about illegal voting it is important to inform our discussions with facts. The fact is voter fraud happens, it is rare and when it happens, we hold people accountable," Husted said in a statement.

Husted said in 2015 that in most cases, non-citizens register to vote thinking it will help their chances to become a U.S. citizen, or they believe it is a requirement to become a citizen.

President Trump's Justice Department also announced Monday that it will end its opposition to Texas' controversial voter ID law - one that requires "strict photo ID," and the list of acceptable forms of ID is among the shortest in the nation, The Hill reports.

Groups legally fighting the Texas voter ID law told the Hill that it will continue to challenge the law.

Join us from 3:45 p.m. to 5:45 p.m. today for a constructive conversation about voting rights. Comments will be reviewed by a moderator before they are published.

In our Talk it Out pre-curated conversation, comments are published after they are reviewed -- promptly -- to ensure they adhere to our community rules, which prohibit indecent, hateful, abusive or harassing comments, personal attacks, vulgar nicknames, personal information including telephone numbers and addresses, email addresses belonging to others, anything inciting criminal behavior and copyrighted material for which you do not own the rights.

Comments that are not on the topic of this discussion will not be published.

Criticism is fine, as long as it is respectful. We seek a robust and courteous discussion.