Springtime in Afghanistan ordinarily brings a spike in violence as the Taliban requires benefit of the thaw to launch a wave of fresh attacks. But the Taliban's leader has just issued a statement calling on Afghans to plant additional trees. In a public... 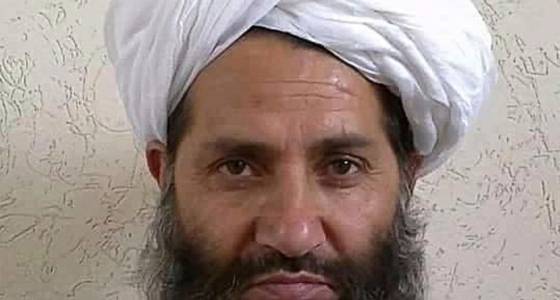 Springtime in Afghanistan ordinarily brings a spike in violence as the Taliban requires benefit of the thaw to launch a wave of fresh attacks. But the Taliban's leader has just issued a statement calling on Afghans to plant additional trees.

In a public letter issued Sunday in 4 languages, like English, Mullah Haibatullah Akhundzada stated that, "the Mujahideen and beloved countrymen need to join hands in tree planting."

The statement does point out that the Taliban remain, "actively engaged in a struggle against foreign invaders and their hirelings" — a reference to the Kabul government that the militant group seeks to overthrow.

Shah Hussain Murtazawi, deputy spokesman for Afghan President Ashraf Ghani, dismissed the statement as an attempt to "deceive public opinion" and distract from the Taliban's "crimes and destruction."

"Since the establishment of the Taliban movement the only factors that these men and women have in their minds are fighting, crimes and destruction," he stated. "How is it attainable for the Taliban to assume about planting trees or guarding the atmosphere in the country?"

Most of Afghanistan's large cities, like the capital Kabul, are over populated and there are few public green spaces or parks. According to officials from the Afghan Public Overall health Ministry, up to 4000 citizens die each and every year in Kabul due to illnesses brought on or exacerbated by air pollution.

Wahid Muzhda, a political analyst in Kabul, stated that announcements like this — and other statements where they claim to be developing roads and bridges — could be aspect of a Taliban campaign to show that they would supply enlightened leadership in locations of the country that they handle.

Akhunzada's statement cites Islamic tradition and the words and deeds of the Prophet Muhammed to reinforce its environmental message.

"Tree planting plays an essential part in environmental protection, financial development and the beautification of the earth. Allah Almighty has interconnected the lives of human beings with plants," it says. "Plants live off soil whilst humans and animals live off plants. If the plants and trees are eradicated, life itself would be place in peril, Allah Almighty says."