CLEVELAND, Ohio -- In "Taken," Liam Neeson played a retired CIA operative with a particular set of skills that made him a nightmare to the people who kidnapped his daughter. In NBC's TV adaptation of the hit 2008 movie and its two sequels, premiering tonight,... 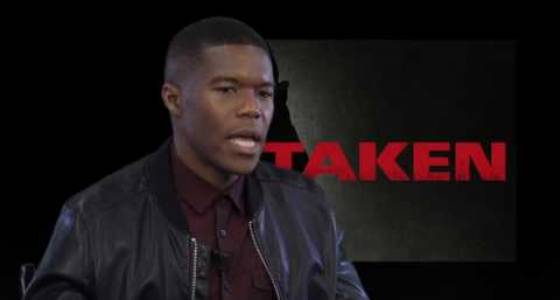 CLEVELAND, Ohio -- In "Taken," Liam Neeson played a retired CIA operative with a particular set of skills that made him a nightmare to the people who kidnapped his daughter.

In NBC's TV adaptation of the hit 2008 movie and its two sequels, premiering tonight, we get to see just how former Green Beret Bryan Mills acquired those skills and became the man seen on the big screen.

Not the typical prequel or a reboot, the small screen version takes the character back 30 years before the events in the original film, though it's set in the present day.

"It's an origin story," said one of the show's cast members, Gaius Charles, during a promo stop in Cleveland on Monday.  "We could've went back to the '80s or go back to the '90s and done a period piece, but I think taking the story and bringing it to our world now just kind of lets it have its own life and its own identity."

Like the films, the show has its fair amount of action, but Charles says it'll have drama and intrigue as well.

"We've all seen movies and shows where it's all action and it's kind of hollow, because there's nothing to really tie you in," Charles said. "But what I think people will come back to watch week after week is the characters and the character development."

The role is a departure for Charles, who gained fame as Smash on three seasons of "Friday Night Lights."  He also played Dr. Shane Ross on "Grey's Anatomy."

Here, he's John Davis, the head of Mills' Black Ops team with a particular set of skills of his own.

"He's part interrogator, part assassin, part detective," Charles said. "What is really cool  about this role is that it's not just a cookie-cutter Black Ops character, it's a guy who you see all that military training and background, but throughout the series you get to see John as a main of faith, you see him deal with PTSD and some of the more realistic things."

"Taken" has been given a 10-episode run for its first season. The show airs Mondays after "The Voice" at 10 p.m. on WKYC Channel 3.

Watch more of our interview with Charles in the video, above.