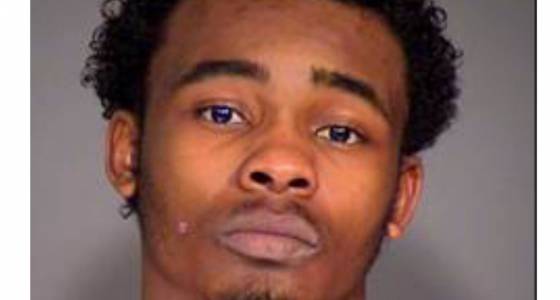 Alrick Hollingsworth Jr., pictured in a photo provided by the Seattle Police Department.

Alrick Hollingsworth Jr., pictured in a photo provided by the Seattle Police Department.

Seattle police cordon off an area around a shooting that wounded five persons, two of them critically, in downtown Seattle, Wednesday, Nov. 9, 2016.

Seattle police cordon off an area around a shooting that wounded five persons, two of them critically, in downtown Seattle, Wednesday, Nov. 9, 2016.

The 19-year-old man sought in the downtown shooting in November that injured five people was arrested Tuesday, according to Seattle police.

Alrick Hollingsworth is charged with five counts of first-degree assault for the gunfire that erupted on the sidewalk at a crowded Third Avenue and Pine Street.

Two men suffered life-threatening injuries but recovered, while three more people were hit in the legs.

The shooting occurred about 6:45 p.m. Nov. 9 and apparently stemmed from an argument. Downtown had been packed with anti-Donald Trump protesters that evening, but by then they had already moved on to Capitol Hill and were marching down Broadway.

A few victims claimed they were waiting for the bus on the sidewalk when they noticed two men "exchanging words" at a loud volume, police reports say. The pair then parted ways, but one of them pulled out a black handgun, pointed it in the direction of his acquaintance and fired several times without warning.

The apparent target was among the victims, but four bystanders were also hit.

Nearby officers monitoring the protest heard the shots and rushed to the scene. Cops found four injured people and a witness who called 911 reported she was with a fifth victim inside a building across the street.

Surveillance footage shows that the shooter - later identified as Hollingsworth - headed into a bus tunnel before then emerging at Westlake Center, where he stuffed his jacked into a garbage can and slipped into Nordstrom Rack, according to police reports.

An anonymous tipster identified the shooter as Hollingsworth and multiple witnesses pointed out his photo in a montage, according to court records.