Most Capitol observers believed the chances for ending the ban on Sunday liquor store sales were better than ever this legislative session. But getting it passed was still seen as an uphill struggle.The legislative process is like the fire swamp in the movie... 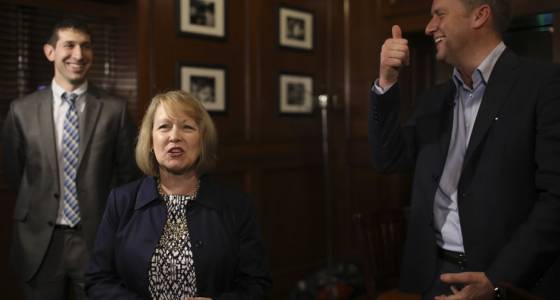 Most Capitol observers believed the chances for ending the ban on Sunday liquor store sales were better than ever this legislative session. But getting it passed was still seen as an uphill struggle.

The legislative process is like the fire swamp in the movie "Princess Bride" — filled with shooting fire, "lightning sand" and "rodents of unusual size." (Readers can decide for themselves which Capitol players represent which dangers in this metaphor.)

The point is, bills with wide public support still manage to die all the time. That left plenty of old pros at the Capitol skeptical that this really would be the year when Minnesota's Sunday sales ban dies.

Then came last week's House vote, 85-45 in favor of scrapping the ban, which seemed to change the dynamic overnight. Sunday sales passed with seven votes in the Senate Commerce Committee later in the week. On Monday, the bill hits the Senate floor and its final test.

The lead author is GOP Sen. Jeremy Miller, R-Winona, so his majority leader — Sen. Paul Gazelka — probably would not bring the bill to the floor if Miller did not have the votes to pass it lined up.

But there are still plenty of "rodents of unusual size" to kill the bill. There could be "poison pill" amendments attached, a term for last-minute legislative changes that would make the entire measure unacceptable to otherwise amenable lawmakers. Differences between the House and Senate bills would force a conference committee — and more potential for "lightning sand."

Stay tuned, but until further notice, keep hitting the liquor store on your Saturday errands.

Why is Miller carrying the Sunday sales bill when Sen. David Osmek, R-Mound, is author of a similar bill? Perhaps because Osmek does not have a reputation for diplomacy.

When a Minnesotan wrote Osmek recently imploring him to support the light-rail line from Minneapolis to Eden Prairie, Osmek had a sharp retort, calling light rail a "liberal wet dream."

Osmek is considering a run for governor next year. On that front, Rep. Tina Liebling, DFL-Rochester, told her hometown paper she might run too.

The bigger news was U.S. Rep. Tim Walz, inching forward on his potential run. The DFLer told Minnesota Public Radio that he will make a decision about the race by April.