Studios have brought an economic boom to western Queens

After nearly 60 years building sets for the film and TV industry, LeNoble Lumber decided to shutter its Hell's Kitchen facility and set up shop in Long Island City. Like many of the businesses currently flocking to the area, the firm wanted to be closer... 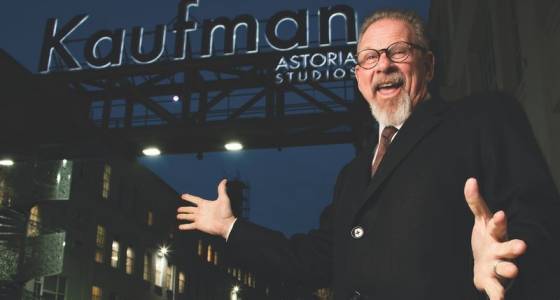 After nearly 60 years building sets for the film and TV industry, LeNoble Lumber decided to shutter its Hell's Kitchen facility and set up shop in Long Island City. Like many of the businesses currently flocking to the area, the firm wanted to be closer to the two production studios that have been fixtures in western Queens for decades. Now, on top of a booming production enterprise, those same studios are helping usher in a new wave of commercial and residential development.

"Studio pioneers, like Silvercup and Kaufman Astoria, clearly provided the impetus to make this area the hub of New York productions," said Matt Dienstag, co-owner of LeNoble. "It's the New York production version of Field of Dreams: They built it and we came."

That New York story bears close resemblance to a tale that played out 20 years ago in California, when Sony Pictures served as the linchpin in the renewal of Culver City by moving its Columbia Pictures studios to the well-located but down-on-its-heels Los Angeles suburb. Today, spurred by a boom in film and TV production, Kaufman Astoria and Silvercup studios have upped their investments in once-forlorn areas of western Queens that have helped attract small businesses, restaurants and arts groups making the neighborhoods more attractive residential destinations. Their influence, combined with the city's rezoning efforts, are causing the communities to be transformed by an influx of young couples and families.

"This neighborhood used to be full of vandalized buildings," said Hal Rosenbluth, president of Kaufman Astoria. "Our goal wasn't just to build a movie studio. It was to revitalize a neighborhood using the studio as a base."

The studios' fortunes started to improve in 2004, when the state implemented a tax incentive to spur film and TV production, a pot of money that has since grown to $420 million annually. More than 300 movies were shot in the state last year, and there are 52 prime-time TV series filming in the five boroughs, a 13% increase from the previous year, according to the Mayor's Office of Media and Entertainment.

Among the shows shooting at Silvercup are Madame Secretary, Quantico and Divorce, while Shades of Blue, Orange Is the New Black and The Affair are filming at nearby Kaufman Astoria. Between 200 and 400 people work on a typical television series, studio executives say. That translates to thousands of writers, costume and set designers, location scouts and production assistants, many of whom are well-paid union workers, flooding into the neighborhood every day.

That activity has been a magnet for ancillary businesses that support the film industry. In 2013 Suri Bieler left West Chelsea and bought a 95,000-square-foot building near Silvercup to house her prop business. Another prop house, Prop N Spoon, moved to Long Island City five years ago, and LeNoble is looking to expand.

Employees of those businesses, along with the crew members working for the studios, have drastically increased foot traffic for local stores and restaurants.

LIC Market, an eatery two blocks from Silvercup, opened six years ago and gets roughly 20% of its business from the studio, said chef and owner Alex Schindler. "We get calls all day from Silvercup to cater big lunches for the crews," he said.

"The studio being here is obviously a huge plus," she said. "There has been a much younger crowd moving into the neighborhood and young families as well."

Those families have been attracted to the area by a seismic change in the residential market that also has benefited the studios. Over the past decade rising real estate prices in Manhattan and Brooklyn have funneled renters, buyers and developers to Long Island City, part of which was rezoned in 2001 to allow for massive apartment towers that could be built more cheaply there than elsewhere.

And built they were. Since 2007 around 11,000 units have been constructed, and 24,000 more are on the way. Astoria's relative cheapness and proximity to Midtown also has made it attractive to residents priced out of other neighborhoods.