Galleries Videos CONTACT ADVERTISE
Famagusta 17°
overcast clouds
BUSINESS EDUCATION ENTERTAINMENT HEALTH POLITICS SCIENCE SPORTS TECHNOLOGY
10:58 Kratom Tea: How Is It?
11:46 Office Furniture Products for you!
12:17 Top Clubs, Their Value, Revenue And Current Standings
11:14 Reasons Why Rewarding Yourself is a Good Practice
10:56 What Egypt Has to Offer for US Travelers
12:48 How to Maximize Compensation in Your Personal Injury Case
12:28 How To Use a CBD Vape Pen for Anxiety
05:28 Second-Hand Vaping Is Harmless
05:15 Guide to Vaping and CBD Flower for Beginners
14:55 COVID-19 Recovered Ronaldo and Zlatan outshining everyone in Serie A
BIST
1325
GOLD
462.828
USD
7.9521
GPB
10.6329
EUR
9.4680
Breaking News
Tips & Trick To Buying Jewelry Items Without Spending Much
Close

When a street light amounts to an eternal flame, it burns brightest in the mind of a person who is unable to persuade anyone to turn it off.That would describe the situation at the corner of Vivian Rd. and Gleneita St., where a street light has merrily twinkled... 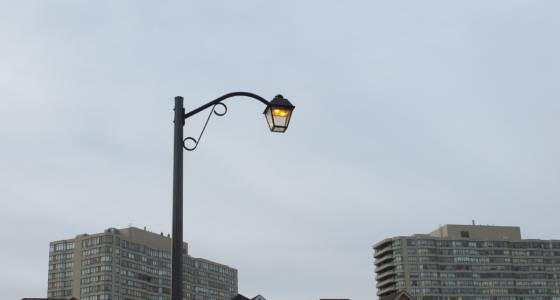 When a street light amounts to an eternal flame, it burns brightest in the mind of a person who is unable to persuade anyone to turn it off.

That would describe the situation at the corner of Vivian Rd. and Gleneita St., where a street light has merrily twinkled 24/7 starting late last year, and Vickie Vaccaro’s frustration in trying to douse it.

Vaccaro sent us a note saying she lives in a condo that overlooks the intersection, and first noticed the eternal street light when peering out a window of her home last December.

She figured that someone living closer to the light would report it to the city and it would be fixed.

When that didn’t happen, “I phoned 311 in mid-January and gave them the location of the street light. They took down all the information and assured me someone would look into it.

“I assumed the issue would be resolved. I was mistaken. I went away for a few weeks and when I returned in early February I found the street light was still on.

“I called 311 a second time. They took down all the same information again and then transferred me to Toronto Hydro. After being on hold for about 10 minutes, I gave hydro the location of the light and they assured me it would be taken care off.

“It is now Mar. 5 and the light is still on. I am totally frustrated with the waste of electrical energy and the inefficiency of 311 and Toronto Hydro. After all, how big a job can it be to fix whatever is malfunctioning in that one street light?”

The high-efficiency light doesn’t use a lot of power, but that’s not the point, at least to taxpayers. They expect hydro to act promptly on reports from the public about a light that needs fixing.

STATUS: Tori Gass, of Toronto Hydro, said a crew visited the site in mid-February and made a repair, which indicates this might be a recurring problem. She said a repair crew would follow up.