LOS ANGELES — Police arrested a man today who attempted to hit two officers with a stolen BMW before fleeing the scene and crashing the car in South Los Angeles, police said.Around 1:25 a.m., officers approached a suspected stolen car in a 7-Eleven... 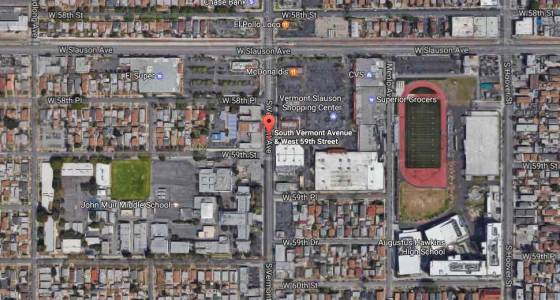 LOS ANGELES — Police arrested a man today who attempted to hit two officers with a stolen BMW before fleeing the scene and crashing the car in South Los Angeles, police said.

As officers neared the car, the driver attempted to hit them with the vehicle multiple times, prompting them to jump out of the way, Preciado said. The suspect hit another parked car in the lot before fleeing the scene. No officers were hurt.

Officers used a helicopter to locate the vehicle and found that it had crashed on Vermont Avenue near 59th Street but no one was inside. Police dogs were then used to search a nearby residential area for the man. One dog tracked the suspect down, bit him and immobilized him, Preciado said.

The suspect was taken into custody on suspicion of assault on an officer with a deadly weapon. Police said he is an out-of-state fugitive who stole the vehicle from Newport Beach.