Galleries Videos CONTACT ADVERTISE
Famagusta 31°
few clouds
BUSINESS EDUCATION ENTERTAINMENT HEALTH POLITICS SCIENCE SPORTS TECHNOLOGY
12:08 Guide To Online Sports Betting: How To Choose A Sportsbook
08:28 What Are Some Reasons to Consult a Brain Injury Lawyer?
09:24 Blockchain Solutions for Enterprises: How To Increase Efficiency And Profitability
07:06 How To Deal With A Car Crash In New York
17:43 Tips to keep in mind while choosing the casino site
11:34 Relation Between Employee Theft and Pre-employment Screening Check
04:37 Search your own desired site to play sports for betting
18:00 Top 3 Career Path Options for Business Analysts Preview
15:35 The history of Imen Jane, who is the influencer and the charges on the...
18:48 Sebastian Vettel's Greatest Races
BIST
1129
GOLD
455.632
USD
7.6082
GPB
9.7597
EUR
8.8483
Breaking News
Top 3 Career Path Options for Business Analysts Preview
Close

President Donald Trump's administration has proposed cutting funding to the State Department and the U.S. Agency for International Development by more than a third in a move that drew immediate push-back from senators on both sides of the aisle.The White... 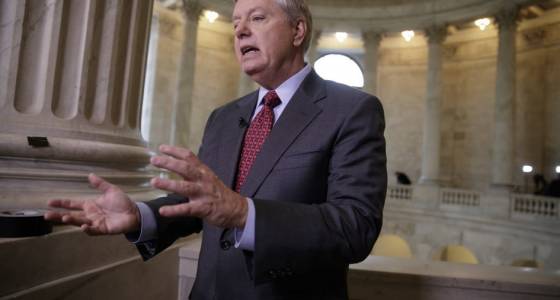 President Donald Trump's administration has proposed cutting funding to the State Department and the U.S. Agency for International Development by more than a third in a move that drew immediate push-back from senators on both sides of the aisle.

The White House Office of Management and Budget has proposed cuts of 37 percent at the two agencies that provide U.S. foreign aid, according to two people familiar with the matter who asked not to be identified because the figure hasn't been publicly disclosed. The State Department requested more than $50 billion in its 2017 budget.

The cuts are part of Trump's plan to cut spending from the government's discretionary budget to fund increases in defense spending, according to administration officials. Some conservatives have objected to the way the State Department's programs grew under President Barack Obama, with numerous special envoys and offices overseeing projects such as climate change and biodiversity.

"If it's anywhere in the ballpark of what I've seen about the State Department, that's definitely dead on arrival," Sen. Lindsey Graham, a Republican from South Carolina, said of Trump's State Department cuts. "That guts soft power and puts our diplomats at risk."

Sen. Bob Corker, the Tennessee Republican who heads the Foreign Relations Committee, said the budget process was only beginning. He said Secretary of State Rex Tillerson is in the process of preparing a response.

Tillerson's own response wasn't immediately known, though he and Trump discussed the need to overhaul the department when he was interviewed for the job, according to a transition official familiar with the conversation.

"The department is working with the White House and OMB to review its budget priorities," acting State Department spokesman Mark Toner said. "The department remains committed to a U.S. foreign policy that advances the security and prosperity of the American people."