Slammed by the flu, businesses scramble to get work done

NEW YORK – The flu season has slammed many small businesses, weakening already thin staffing levels and forcing some owners to scramble to cover shifts or get the work done.All but five of the 26 staffers at BusBank, a transportation booking service, have... 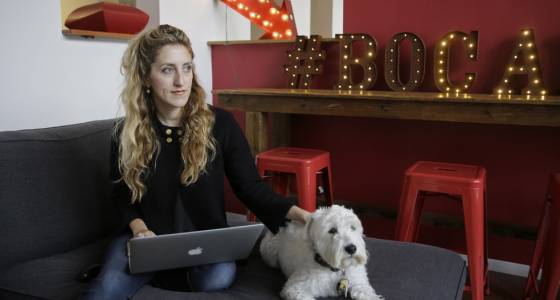 NEW YORK – The flu season has slammed many small businesses, weakening already thin staffing levels and forcing some owners to scramble to cover shifts or get the work done.

All but five of the 26 staffers at BusBank, a transportation booking service, have been sick at some point this season. On the worst day so far, six people were out sick or caring for children with the flu, and four others were on already planned days off.

"It has been hard for us to keep up, with lots of folks running backup for each other," said Brandon Dudley, vice president of the Chicago-based company that arranges bus charters for events ranging from nights on the town to long-distance trips.

Human resources consultants have been hearing from company owners overwhelmed by flu-related absences. In its latest report, the U.S. Centers for Disease Control and Prevention said 35 states had moderate to high levels of flu cases. More than 5 percent of people seeking medical help complained of flu-like symptoms during the week ended Feb. 11, up from a baseline of 2.2 percent, the CDC said.

"Small businesses' operations are so lean that having two people sick at one time is a very big impact," said Amy Marcum, a human resources consultant with Houston-based Insperity.

Telecommuting has helped lessen the flu's impact on companies like BusBank, where staffers mainly work on laptops. So customers are getting their buses, Dudley says. But some projects like updating the company's website have had to be delayed. Breinlinger, along with BOCA CEO Kathleen Shanahan, center, have implemented a policy that employees should stay home if they start to feel ill at all. “Clients are sick too, so they’re understanding,” Breinlinger said.

When Denise Stern's staffers are sick, they can't work, period. Stern owns Let Mommy Sleep, a franchise company that provides overnight baby care for children ranging from newborn to 6 months old — and someone who's sick cannot care for an infant. At times during this flu season, Stern has had a quarter of her more than 20 caregivers calling out sick.

"It hit us like a ton of bricks," said Stern, who founded Let Mommy Sleep and runs the Washington, D.C.-area branch of her company. Let Mommy Sleep also has franchises in northern New Jersey and Philadelphia.

When a caregiver is ill, Stern will try to call in a backup. But so many employees have been sick that at times she either has no one available, or found the family is reluctant to have a caregiver they're not familiar with.

"I can't tell you how awful it is to be speaking with a mom on the verge of tears because we don't have staff to help," said Stern, who estimates her profits are down 15 percent for February.

At BOCA Communications, as many as four employees at a time have been sick with either the flu or a stomach virus.

"It's the gnarliest flu season we've seen in 10 years," said Ashley Breinlinger, a senior vice president at the San Francisco-based public relations firm. "People have been sicker than I've ever seen."

The bugs have been so bad that Breinlinger and CEO Kathleen Shanahan have asked staffers when they first start feeling unwell to stay home and not spread their germs.

Employees' ability to work from home as much as possible has limited the impact on BOCA's productivity, and the company is set up so everyone has a backup to finish projects. Another saving grace is that clients are empathizing, not complaining.

"Clients are sick too, so they're understanding," Breinlinger said.

With the flu season expected to last into the spring, Marcum advises business owners to be proactive to protect staffers' health as well as company operations.

Employees should be encouraged to work at home if they are not feeling well, and to get flu shots if they haven't already done so. Some companies will bring in medical personnel to administer shots onsite.

Now is also the time to create backup plans, designating which staffers will cover for others. Some owners might also want to think in advance about arranging to get temporary help if needed.