A sixth fugitive has been arrested in connection with a brutal Mendocino County pot farm slaying last November, leaving one murder suspect still at large.Jesse Cole Wells, 33, was taken into custody on a Mendocino County warrant Friday in South Lake Tahoe... 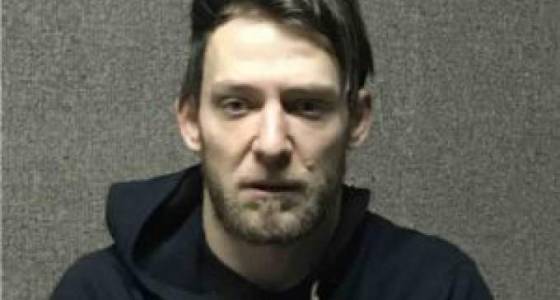 A sixth fugitive has been arrested in connection with a brutal Mendocino County pot farm slaying last November, leaving one murder suspect still at large.

Jesse Cole Wells, 33, was taken into custody on a Mendocino County warrant Friday in South Lake Tahoe in the Nov. 11, 2016, killing of Jeffrey Quinn Settler, 35, on a remote property near Laytonville, the Mendocino County Sheriff’s Office reported.

Wells was booked into the El Dorado County Jail in Nevada on suspicion of homicide and robbery. His bail was set at $650,000 while he awaits extradition to Mendocino County.

Wells, one of seven suspects in the beating and stabbing death, reportedly had been seen frequenting casinos in the South Lake Tahoe area, prompting several tips to authorities.

Gary Blank III, 34, of Garberville, is the last of seven suspects remaining at large.

Suspect Frederick Gaestel, 27, of Clifton, New Jersey, was arrested earlier this month in Virginia. Michael Andrew Kane, 24, Pleasantville, N.Y., gave himself up to authorities at the Mexican border in January.

Abdirahman Mohamed, 28, of San Diego, was arrested in December in Southern California.

Authorities believe most of the suspects had worked on Settler’s pot farm as marijuana trimmers and may have fled the crime scene with more than 100 pounds of pot. None of the pot has been recovered.

Settler, a father of three, had been growing marijuana in Laytonville for about 10 years, family members have said. He was found beaten and stabbed to death on his remote Laytonville property, where marijuana was grown.

You can reach staff writer Dan Taylor at 707-521-5243 or dan.taylor@pressdemocrat.com. On Twitter @dannarts.